Every woman has five reasons to recover her virginity

In fact, a woman cannot be equipped with a new hymen – the thin, ring-like membrane partially covering the opening of the vagina. However, today’s plastic surgeons are very good at bringing back a “virgin-like” quality. The tissue is pulled back together and the vaginal walls are tightened in the course of “revirgination” surgery, otherwise known as hymenoplasty. Two types of hymenoplasty are becoming increasingly popular these days. Simple hymenoplasty is performed by a qualified plastic surgeon that will piece together the remnants of the hymen by closing the tear. The technique requires a highly qualified plastic surgeon. Besides, a patient must have at least some traces of her hymen available for restoration. Therefore, the procedure would be out of the question for women who had numerous sexual relationships. It is worthy of notice that the result is not meant to last long since doctors will use dissolvable stitches to reconnect the skin membrane that once covered the opening of the vagina. The procedure is best to perform less then a couple of weeks before your next intercourse, otherwise your “brand-new” hymen may fall to pieces before the time is ripe for penetrative sex. In the latter case you would pay for something that is sure to go up in smoke, figuratively speaking. 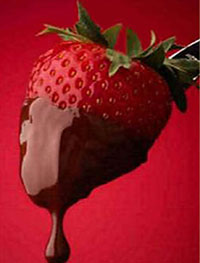 Every woman has five reasons to recover her virginity

The other type of hymenoplasty is referred to as alloplant hymen restoration surgery. It is performed if the hymen cannot be restored. The operation involves the insertion of a tear-through biomaterial, which will act as a patient’s hymen. Hymen implant is a relatively easy procedure that can be done under local anesthetic and as day surgery. It takes less than two hours to complete, and a patient can return to work and resume normal activity the next day. Some ladies are reported to have themselves “revirginized” several times in order to return, in a flash of additional pain, to their deflowered state.

My sister told me a story of her female friend called Marina. Marina is a Muscovite in her late twenties. One day she made up her mind to buy a fake virginity. She reportedly wanted to give a surprise to her new boyfriend on their first night. Somebody recommended her a plastic surgeon in one of the Moscow clinics. Marina opted to undergo alloplant hymenoplasty at the cost of $300. On the whole, the price of hymen repair in Moscow ranges from about $400 to $1,200, depending on the type of surgery and a clinic.

A surgeon asked Marina whether she was pregnant. Marina said “no”, and then he told her to take the cervical smear test and the blood test. She was also instructed to have her pudendum area clean-shaven and refrain from eating on the day of an operation. She had a brief meeting with an anesthesiologist prior to having surgery. He simply asked her whether she had any heart problems. She answered “no” again (though a good anesthesiologist should have demanded that she take an ECG). The anesthesiologist also asked of the patient had been ever administered general anesthetic. Anyway, Marina’s surgery took less than an hour to perform. She was positioned in a gynecological chair throughout the procedure.

It is understood that Marina was not entitled to a sick leave following her hymenoplasty. Marina did not feel like going to work on the next day, but she had no choice. She had minor painful sensations while sitting behind her desk. Using the bathroom was the most unpleasant thing. However, Marina claimed her postoperative condition had been pretty tolerable. She was a bit angry at her surgeon – he could have warned her of the discomforts. But he said nothing.

Hymen repair surgery aims to enable a patient’s sexual partner to have “that thrilling conquest” normally associated with the wedding night. As a rule, patients are warned straightaway that they are likely to bleed more and feel greater pain during the subsequent intercourse, compared to blood loss and pain caused by the original act of deflowering.

Indeed, Marina’s second “wedding” night was a rather painful experience for her. On the contrary, her boyfriend enjoyed every minute if it.

Five reasons why women may seek out hymenoplasty

1. Hymenoplasty as a way to deceive one’s sexual partner and loved ones.

Many women seek this procedure in an effort to appease religious, cultural and social beliefs. A woman may seek it out prior to her wedding in order to make her sexual life nondescript and not the talk of the town. In a time long past, a bride’s hymen being intact was the only way of determining her chastity. However, religious people and feminists tend to refer to the procedure as a form of deception.

It is widely known that the hymen can be ruptured by nonsexual activity e.g. dancing, horseback riding and athletics. Accidents involving a fall or the improper use of a tampon can also result in a tear. Some women were greatly disappointed at their “first time” or suffered trauma or found “someone special” to whom they would really like to give up their virginity.

Hymenoplasty could be recommended to victims of sexual assault, “sex on booze” etc. Patients in this case are usually advised to seek psychological help prior to having surgery. The procedure should not be performed on a woman who has just suffered a severe psychological trauma.

4. Enhancing the feelings of sexual gratification

Some women undergo surgery to please their husbands and partners. They want to “lose their virginity” all over again to celebrate their twentieth wedding anniversary in a very special way. Others have their hymens stitched back together to receive and give more pleasure when making love.

Vaginal surgery seems to have become all the rage among ladies of the evening. The reasons are obvious: a customer can pay a pretty petty for a night with a “virgin.”

There is more in hymenoplasty than meets the eye

Some gynecologists and plastic surgeons are concerned about growing popularity of hymen repair. They stress the point that in an effort to improve sex lives, surgeons will not able to educate their patients thoroughly because of the lack of special literature on possible risks and aftercare. Below is some useful information by courtesy of a practicing gynecologist.

- The discharge of bloodlike matter may last for several days following the operation. A patient must urgently seek professional medical help in case the bleeding becomes profuse.

- A patient is likely to experience minor pain for about a week following the operation. Over-the-counter painkillers can relieve the pain.

- Though the risks of infection and fever are minimal, a patient must pay special attention to personal hygiene for at least two weeks after the operation. She must refrain from having a bath, visiting a sauna. Swimming is under a temporary ban too, especially in the outdoor bodies of water or a swimming pool.

All and all, the risk of fever and infection is low since the hymen is relatively avascular. Your doctor will tell you when you will be fully ready to resume sexual activity. On an average, the woman cannot have sex or exercise vigorously for one week up to one month, depending on the type of surgery.