Hemorrhoids unable to struggle against leeches and well-trained anus

Physicians have long noticed that the heavier is the consumption of alcoholic beverages, the greater are the chances to develop hemorrhoids. It is believed that about 80% of the world’s population is affected by hemorrhoids at some time in their life. Males outnumber females when it comes to the number of patients with this condition. 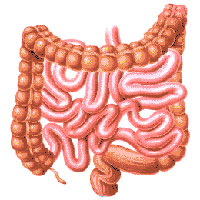 Hemorrhoids unable to struggle against leeches and well-trained anus

An increasingly larger number of patients have started to suffer from hemorrhoids over the last several years. The causes behind the phenomenon include the growing popularity of fast food, carbonated drinks and beer with young people. Pumping iron to excess, and sitting for prolonged periods of time behind the wheel or computer also contribute to a higher incidence of hemorrhoids among persons in their early twenties.

Choosing the right foods plays an important role for prevention of hemorrhoids. The patient is recommended to switch to a high-fiber diet of fruits, vegetables and whole grains. The patient should also consume plenty of fluids, up to 2 liters of fluids (soups inclusive) per day.

The following foods should be included in a daily diet: rye bread, raw vegetables, yogurts, soured milk, porridge made with oatmeal and buckwheat. The consumption of melon, pumpkin, and figs is also very beneficial for hemorrhoid sufferers. Please bear in mind that an excessive high-fiber diet may exacerbate such conditions as gastritis, ulcer, and cause intestinal flatulence and constipation. Meals made with beans, peas, lentils and soybeans increase volumes of flatus. The patient is also recommended to cut down on pasta and other foods made of wheat flour. Milk products such as full-cream milk or cheese should be consumed in moderation.

One of the simplest recipes for making a laxative salad requires the following ingredients: fresh cabbage, carrots, cucumbers, dried apricots (soak them in water before use), crushed walnuts. Mix the above in a large bowl and dress the salad with non-refined sunflower oil and lemon juice. Alternatively, you can use steamed beetroots, Crambe, squids, finely cut persimmons, scallion, dill, parsley. Low-fat mayonnaise can be used as a dressing.

Use the following ingredients for making a remedy that can help prevent chronic constipation: 100 grams of figs, prunes, and almonds to be mixed with 50 grams of aloe juice and honey. Allow to settle for two days. Take one tablespoon of preparation 3 times a day before meals.

Such herbs as sweet clover, plantain, willow herb, dill and chamomile can be used for strengthening vein walls. Take 25 grams of red currant juice and the same quantity of rowan berry juice. Add 50 grams of gooseberry juice and the same quantity of pumpkin juice. The preparation should be taken one hour prior to the evening meal. It can help prevent strain during bowel movements on the following morning. A suppository containing sea buckthorn oil can do the same job. Using suppositorieswith Novocainor similar analgesic agents can relieve itching around the anus. Topical application of astringents (those causing the skin to contract and tighten) can also have a soothing effect on the affected area. Witch hazel, chamomile and cranesbill extracts should be applied with cotton swabs.

Medical leeches can be also used for relieving the symptoms of constipation and hemorrhoids.

In case of constipation, apply 3-5 leeches around the sacrum or the small of the back every other day for a period of time. The leeches to be applied two times a week at the end of a course that usually lasts from 10 to 12 days. Apply 2-3 leeches either around the sacrum or the coccyx or around the anus to provide relief during the early stages of a hemorrhoid flair-up. A case of severe hemorrhoids may be treated with daily application of leeches, which should be used twice a week as the condition starts to improve. Leeches must not be applied in case of prolapsed hemorrhoids (distended and pushed outside the anus).

Patients affected by diarrhea should steer clear from foods containing vegetable fiber. Dairy products made of soured milk should be deleted; animal fats, carbonated drinks, alcohol, cacao and chocolate are also out of the question.

Boiled rice and semolina, white bread, hardboiled eggs, boiled meat and chicken, boiled pike perch and cod, green and black tea should make up a diet of those suffering from diarrhea. Vegetables and fruits can be added to the list once the symptoms start to lessen.

Stapled hemorrhoidectomy is currently considered the most effective surgical procedure, which is designed to resect soft tissue adjacent to the dentate line. As a result, the blood flow to the hemorrhoids is disrupted. The operation can be performed within 20 minutes, while its effect will last for many years.