Women can cure men of prostatitis

Rumor has it that the risk of going down with prostatitis is lower for those who get it on a lot. Well, the rumor is partly true. A long period of abstinence from sexual relations results in the congestion of an alkaline fluid. The inflammation of the prostate gland may entail. On the other hand, a sex marathon can only do well to a man’s self-esteem. 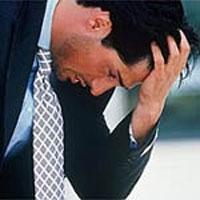 Women can cure men of prostatitis

The above can only be measured and estimated by comparison. There is no way individual statistics can be substantiated. A man who is amorously potent and ready and willing to get his leg over five times a day may as well develop congestive prostatitis if his wife or partner is not heat most of the time.

The inflammation of the prostate gland is thought to cause a variety of problems e.g. the production of hormones and prostatic fluid is decreased, and thus the sex urge declines too. However, the picture is not so black as it is painted.

According to statistics, prostatitis is behind the sex-related problems only in one out of ten men who complain of such problems. Slightly above 15% of men diagnosed with prostatitis report sex-related disorders, which are not necessarily linked to the disease. Needless to say, an acute form of prostatitis can obliterate the sexual drive. On the other hand, putting the blame for poor sexual performance on “that prostatitis” looks like a lame excuse once the disease has become chronic. It is more likely that the patient fails to perform because the failure has already taken shape in his subconscious.

It is about time that we dispelled the myth about prostatitis being an incurable disease. Prostatitis can be cured, and it can be cured completely even if the patient is diagnosed with a chronic form of the disease. Treatment involves standard bacteriological and virological tests which are carried out to detect sexually transmitted infections. The patient is also supposed to pass a sample of his alkaline fluid for a test and have his prostate gland examined by ultrasound.

Treatment will begin once doctors have a clear picture of the patient’s prostate gland and find out what exactly has caused its inflammation. Doctors will administer drugs in carefully measured doses. A victory over the infection is a victory over prostatitis. The treatment efficiency rate nears 100%.

Nowadays there is only one kind of prostatitis that is still resistant to the modern methods of treatment. This kind of prostatitis is caused by herpesvirus. On the brighter side, today’s techniques and equipment can bring about long-term positive changes in the patient’s condition.

All those stories about patients carrying the cross because they are afflicted with prostatitis are no longer true.