Many of those sticking to diets do not consider it important to consult a dietitian before they start keeping to a diet. At the same time, those who have already gone through at least three unsuccessful diets finally arrive at a conclusion that it makes sense consulting a dietitian before realization of the large-scale idea of losing flesh. In this case we mean that unsuccessful diets result in much investment and insignificant results at best and health problems at the worst. Almost all people who start dieting make several widespread mistakes. 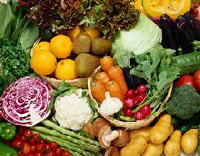 The most popular mistake typical of all dieters is lack of a list of products allowed for consuming. These people usually say that they are keeping to a diet and thus do not eat this or that product. And this is a universal pretext for them to refuse flour, meat, salty, sweet and high-calorie meals. Do such dieters know exactly what they are allowed to eat at all? Any diet certainly involves restrictions. But it is also important to know what is allowed, and this is the thing that makes all diets reasonable.

Statistics says that just not more than seven people out of one hundred Russians are ready to buy dietetic foodstuff. Various researches prove that seventy percent of teenagers in Western Europe are keeping to diets for losing flesh starting with the age of fifteen. And it is true that only five out of 100 people who lose flesh thanks to diets manage to maintain their new weight parameters afterwards.

Everyone who starts a diet must necessarily have a clear idea of what he or she will eat when keeping to a diet. Some people expect their body will gain wholesome components only by giving up unwholesome ones. Just short-sighted people may think that eating only whatever is in their houses will mean keeping to a diet. As a rule, we have basically unwholesome products at hand, such as mayonnaise dressed salads. This quite obviously has nothing to do with diets.

Those who want to keep to a diet should outline a meals strategy for periods when they are out of home. In addition to the list of products meant for their dietetic breakfasts and dinners at home people need to think about the menu of their lunches in the office. There may be several solutions to dietetic lunches such as bringing individual containers with dietetic products from home or ordering special dietetic lunches at cafés close to office. It will not work to expect that a bottle of mineral water will be quite enough during the day in the office to make a diet a success.

It is a mistake typical of all dieters to make their menus of too much low-calorie food. Women mistakenly believe that they can swallow huge portions of low-calorie green salad with few tomatoes because they are low-calorie. Imagine a lady who comes to her office with two big salad-bowls with this low-calorie green salad. She eats one of the two at very beginning of the workday and the other is finished several hours before her time in the office is over. At that, the lady will not be satiated in spite of the fact that she swallows big portions and her stomach is stuffed. It would be better for her in this case to eat just a piece of chicken to be effective in the office and to forget about hunger. Indeed, two bowls of green salad may help women lose weight but not that soon as they expect. It is true that big portions stretch stomachs out and make them demand more and more food as the feeling of satiety depends upon the fullness of stomach. So, while 100g of salad contain just about 50 calories, three kilogram of the same salad contain 1,500 calories.

It is also important to have a well-balanced content of proteins, fat, carbohydrates and microelements in the diet. Unfortunately, dieters often ignore the fact. Your organism will manage to fill up the shortage of necessary components if a dietetic experiment is to last for three or four days. But if a diet will supposedly last for more than three weeks it is important to make it so that the organism could get enough wholesome components.

Mind that dieting does not at all mean saving money! Indeed, some may expect that eating less will also mean spending less. Lets us calculate how much a substantial and high-calorie breakfast is. An ice-cream and a sweet bun will be less than a dollar in Russia. The sum will be nothing if you decide to buy some dietetic products. It will be enough either for a head of cabbage or a small pack of nuts, or two liters of mineral water.

Any diet inevitably entails spending much time on getting wholesome products. Dieters have to do shopping systematically at supermarkets or even markets as small shops next door seldom sell wholesome foodstuff.

In fact, a diet is spending time and money especially if we compare it to a simple high-calorie breakfast consisting of an ice-cream and a bun. But if we consider a diet from a strategic point of view we will see that dieting women have no weight problems, their health, looks and figures are much better than those of women loving high-calorie breakfasts with ice-cream and buns.

How to start a diet? After substantial feasts and terrible overeating we decide to diet starting with the next day immediately. An organism facingstrict restrictions right after overeating will certainly feel disgust toward the owner. Getting into a diet must be gradual, in other words the reduction of calorie content, richness and number of unwholesome products must be stepwise. Finishing a diet must be stepwise as well otherwise a dieter will inevitably put on weight again and even have health problems.

And last but not least: take meals according to a schedule, either every two or four hours. Such a schedule may help your organism adapt to a new nutrition scheme easier and will not be a shock for it.

So, any diet must be a wise approach and disciplined implementation.