It goes without saying that parents often dream to plan the sex of their child before conceiving their baby. Modern medicine is unable to help parents in their daughter-or-son preferences. Statistics says that the general birth rate is usually characterized with 50 percent of male infants and 48 percent of female infants. Scientists have not been able to unravel the mystery so far. According to the general medical point of view, humans should not interfere in the structure of the natural world, where everything is built logically. 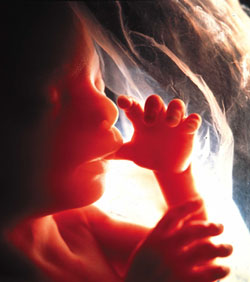 ”The majority of young parents often wish to have a boy as their firstling. One should do their best to avoid such thoughts and wishes not to undermine the natural balance. Can you imagine what is going to happen in the world if women's first pregnancies would always result in baby boys? A lot of families prefer not to have a second child after all,” Marianna Strelchenko, a senior specialist of the Center for Obstetrics and Gynecology of the Russian Academy of Sciences said. “Modern medical technologies allow to separate male and female spermatozoa, but it can only be possible during extracorporal fertilization. It is a rather complicated technology indeed, not to mention the fact that healthy parents do not even think about an artificially conceived baby.

Chinese wise men used to believe that the sex of a baby directly depends on the month, in which the child is conceived and the mother's age at that moment. A 25-year-old woman, for example, is likely to give birth to a boy, if the child is conceived in winter or autumn months. Spring conception will most likely end with a little girl in a cradle. A 24-year-old woman will have absolutely different terms for it, though.

Israeli scientists are certain that Y-spermatozoa are more mobile, although their lifespan is shorter. If parents conceive a child during an ovulation, Y-spermatozoa can reach their goal faster than their X-companions: a boy will see the light in nine months. If a conception occurs 24 hours before an ovulation, X-spermatozoa will have better chances to impregnate an ovule, which, in its turn, results in the birth of a baby girl.

French scientists are certain the sex of a child depends on its mother's nourishment during a menstrual cycle, which precedes the conception. The French method is thus called “The French diet.” Scientists analyzed peculiarities of nutrition in families, which had only daughters or only sons. It was revealed that boys' parents were eating more sodium and calcium rich food, whereas girls' parents preferred to eat calcium and magnesium rich products. The analysis gave rise to two dieting systems.

The diet for those wishing to have a son: potatoes, mushrooms, meat, cherries, bananas, apricots, oranges, peaches and dates. No dairy products, green lettuce, cabbage, nuts and beans. Add more salt to your food.

The diet for those wishing to have a daughter: As many dairy products as possible, as well as egg-plants, beets, carrots, cucumbers, peas, onions and nuts. No plums, bananas, oranges, current and melons. No potatoes or exotic fruit.

If parents want their dream to come true, they must eat strictly according to the above-mentioned diets. French specialists say that 80 percent of parents did not regret their efforts at all and rejoiced at the birth of the boy/girl as they desired.

It has been observed that sailors usually become fathers of sons. When a sailor, a submariner, etc, goes out into the sea, their wives (if they are faithful women, of course) abstain from sex for quite a long period of time. Abstinence results in the reduction of male hormones in woman's blood, which means that abstinence may guarantee the birth of a son.