Chernobyl to become a tourist attraction

The dreadful place has an aura of strange awe-inspiring attraction

Lots of ghastly memories will be quickly unearthed once you hear the name “Chernobyl” being mentioned. Many people can still remember the terrible disaster that shocked the world 19 years ago. However, the dreadful place has an aura of strange awe-inspiring attraction. These days the city where radiation rules and life forms are subject to weird mutations attracts not only researchers. Tourists are beginning to put Chernobyl on their maps too. 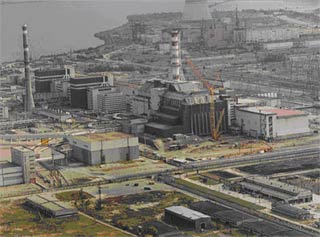 Some time ago six tourists from Finland had the nerve to go sightseeing to Chernobyl.

“It is hard to believe that 45 thousand people used to live in this city, now it looks so empty and unearthly,” said one of the Finnish tourists after taking a walk around the city.

According to Chernobylinterinform, a tourist agency in charge of “hot tours” to the ghost city, the location is becoming quite popular with tourists despite inconveniences and potential health risks. Being a  restricted area, it tempts people to take a look at the piece of history. Marina Polyakova, representative of the above company, says that the area became available for sightseeing in 2002. Just a few visitors arrived that year. Around 870 tourists visited Chernobyl last year, roughly the same number of tourists is expected in 2005.

Mary Mekje, the author of soon-to-be-published book titled Wormwood Forest. Natural History of Chernobyl calls the area “radioactive jungle.” She believes the Chernobyl nuclear disaster created a forest preserve with wolves, wild boars, and birds of endangered species. According to her, “its beauty can not be overestimated.”

There are a number of reasons why people visit the “calamity zone.” The young fellows from Finland, all of them in their twenties, say they just love exploring derelict locations. Chernobyl has hundreds of abandoned apartment buildings, farms and industrial facilities, a lot more than one can find in Finland. Other tourists are driven by their interest in the disaster or by their desire for personal inspection of the Soviet-era stills.

The wind was rustling in the trees as the tourists were walking through the dead city. Dilapidated buildings, puddles and broken glass underfoot. When the tourists reached the ruins of an amusement park, the head of their group checked the radiation level. Geiger counter showed 144 microroentgen per hour at one location. The man took a few steps to the left and stood on the green moss for awhile. The readings then changed to 823 microroentgen per hour.

Ukrainian guides make good money by taking tourists around Chernobyl and suburbs. Visitors are not allowed to walk about on their own. A one-day trip will cost them from $200 to $400.

The city is all jungle now. Only local guides can drive around it without getting stuck in the quagmire. The site overlooking the nuclear plant and its “sarcophagus” of steel and concrete is the last stop for tourists. The time of the sarcophagus is running out fast. Now the international community is raising funds for the construction of a new anti-radiation protective system.