Clothes to be sold for medical purposes

In the near future, consumers are likely to buy clothes like prescribed drugs. Such terms as “comfortable and stylish clothes” seem to be slowly but surely turning into anachronisms. 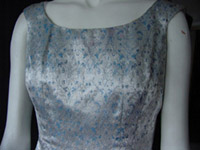 Clothes to be sold for medical purposes

Having said this, we do not mean that wearing trendy and comfy articles of clothing will be against the law. However, the world manufacturers of ready-made clothes are no longer driven by the above requirements. These days they are poised to develop clothes formedical purposes.

It would be ludicrous to assume that a Dior shirt with “medicinal properties” will combat flu or some designer underwear will cure hemorrhoids. However, the trend is in place. A French association of the manufacturers of perfumes and cosmetics has recently organized a public display in St. Petersburg . The exhibits included clothes made of aromatized fabrics. Some of the articles of clothing were labeled as having the health-improving effects.

It sounds reasonable since aromatherapy i.e. treatment by the application of fragrant floral or herbal substances is universally recognized.

On the other hand, the use of fragrances for treating grave diseases would be pointless.

For example, scientists from South Korea do understand that the bitterest pill is the best for putting you right. Therefore, they did not impregnate the medicinal bras and underwear with the French perfume. Instead, they used special mud. According to authorized dealers in South Korea , the “soiled underwear” is capable of improving blood circulation by emitting infrared radiation on the parts of the body clothed in the above garments. In the meantime, an Asian company called Cheil Industries has designed a “business suit” for those who spend too much time working on the computer. The outfit is said to be capable of repelling electromagnetic radiation. Besides, the user can reportedly get an extra share of energy by wearing the magic suit.

Predictably enough, the ubiquitous Chinese craftsmen were quick to address the burgeoning trend. They seem to feel completely unfazed by the fact that Chinese-made textiles have become notorious for the use of harmful pigments and chemicals. The Chinese already have started exporting T-shirts that “can beat up stress” and “anti-flatfoot” insoles, not to mention “fatigue-free” track suits.

The influx of cheap “medicinal” textiles from South East Asia may have prompted the large U.S.-based and European clothes manufacturers to develop more “healthy” products. The stores selling apparel that protects against nuclear and infrared radiation have been operating in the U.S. for a long time.

Meanwhile, German scientists develop fabrics with fibers for intertwining the microcapsules filled with medicinal preparations. The capsules burst open on impact with the body, releasing medicine for treating a certain kind of skin disease. According to the designers, similar clothes will be able to cure eczema in the future. However, no washing instructions are available for the garment at the moment.

The Austrians are catching up with the Germans. An Austrian company has unveiled the vitamin-addedthermal pants, which are designed using a similar method. A vitamin balm permeates the skin when melted by normal body temperature of the wearer. The clothes line also includes the thermal pants for alleviating rheumatic pains. A pair of pants comes with an extra bottle of vitamins.

T-shirts that protect against ultraviolet radiation sell like hot cakes this summer in the U.K. Given this summer’s sweltering hot weather in London and thereabouts, the T-shirts seem to be good buys.

Do you happen to remember the so-called “anti-perspiration insoles” in much supply a few years ago? The ads claimed the product can kill the bacteria whose waste products produce a disagreeable smell. Nowadays European companies manufacture pajamas and nightgowns with similar properties. The fabric contains filaments of silver which is known for its detrimental effect on the microorganisms. The amount of silver used during the manufacture of the fabric is rather small, hence an affordable price of the garment.

In line with a potential demand to tailor the needs of Japanese men who traditionally like to have a drink or two at the bar when the day is done, a Japanese company is reportedly planning to manufacture a jacket for those who want to stay sober after a night of heavy drinking.

It is still unclear what ingredients will be used for saturating the special jacket. However, according to an advertising campaign, anybody who wears the jacket and has too much of a drink will be able to sober up by the time he gets home.

It is just amazing that nobody has come up with something similar in Russia. As for the clothes with medicinal properties, the Russian inventors have a long way to go. The work by researchers at a state university in Kuban is a notable exception. The researchers patented a fabric for enhancing immunity. They were awarded a medal for their invention at the exhibition in Belgium . Unfortunately, we all know that it can take years until an invention is finally put into production in Russia due to proverbial red tape in this country.

At the turn if the last century, a British inventor called Gibbslaunched the manufacture and sale of handkerchiefs marketed as immediate relief for catarrh, colds and sinuses. The patients were kindly asked to breathe through the fabric. The handkerchiefs went like hot cakes.

The inventor received lots of letters from the grateful customers. They wrote that they started to feel a lot better after using the hankies, aside from having a quick letup of the disease. “I feel like breathing through your handkerchiefs over and over again!” said one of the letters.

The authorities soon found out that the medicinal handkerchiefs had been impregnated with cocaine. The manufacture of the “magic hankies” was shut down despite the fact that cocaine was widely used at the time as a medication for treating diseases of the larynx. Back then, the doctors believed the drug was a medicine.