People get fat in summer because of air conditioning

Unhealthy food, lack of physical exercises, bad psychological conditions etc. – all these factors lead to obesity. However scientists are doing their best to reveal more and more such factors. The most recent factor revealed was air conditioning. 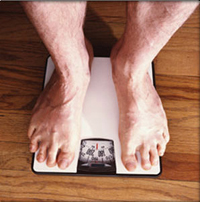 People get fat in summer because of air conditioning

Having your air conditioner running during those hot summer days helps keep you cool and comfortable, but did you ever think that it could make you fat?

A review of data on possible causes of obesity states that it just may be. How?

Modern technologies - such as air conditioning and heating - help keep us in "the thermoneutral zone," a temperature range where we do not have to regulate our body temperature, a report suggests.

When our bodies are above or below this zone, we increase the amount of energy we spend, which "decreases energy stores," such as fat, the study's authors say.

This is just one of many potential factors that could be driving America's obesity epidemic, said David Allison, director of the Clinical Nutrition Research Center at the University of Alabama in Birmingham.

Besides the usual suspects such as fast food and a lack of exercise, he argues that any number of things could be making the problem worse, such as sleep deprivation, taking certain medications, or even quitting smoking - and snacking instead.

Case in point: Michael Littman, a 37-year-old jeweler from New Jersey who smoked on and off for about 20 years before he quit.

"In the past, every time I quit, I definitely would gain a lot of weight," Littman said. "Part of that is just finding something else to do with your craving."

Gaining weight from quitting smoking is an important side effect to understand, Allison said.

"There are many other factors [not commonly considered] that may also be quite important" to exacerbate weight gain, said Allison, the lead author of the review of obesity studies, published in the International Journal of Obesity.

Many Americans don't get enough sleep, and when tired, people do not have energy to exercise and are tempted to eat, or overeat, in order to gain energy, said David Jenkins, Canada research chair in nutrition and metabolism.

So can genetic factors, such as the heritability of a person's body mass index. The study looked at various data from previous studies, which showed that BMI had a heritability of about 65 percent.

Other possible causes: Chemicals known as endocrine disruptors (typically medications that block the body's normal functions, such as birth control or other hormone-based drugs), a decrease in smoking, older women giving birth, and people having children with people who are like themselves (in this case, both overweight).