The rapidly advancing world of regenerative medicine just got wilder as a team of researchers has reported a better technique for growing starter arteries for people with vascular disease who need replacements. 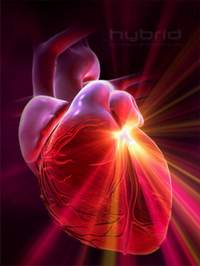 Arteries carry blood from the heart to all areas of the body and, when healthy, have a smooth lining that promotes blood flow and helps to prevent blood clots. Peripheral arterial disease (PAD) is a condition in which fatty deposits (called plaque) build up along the walls of the arteries that carry blood to the arms and legs. This is also known as atherosclerosis or hardening of the arteries. The arteries slowly narrow and may even become blocked, affecting blood circulation, especially in the legs and feet.

The synthetic blood vessels could eventually be used in patients undergoing heart surgery to have their hardened or blocked arteries removed and replaced with prosthetics or grafts that would allow the regeneration of a new artery.

Cardiovascular disease is one of the leading causes of death around the world.

In recent years, specialists called tissue engineers have begun to figure out how to help patients grow new tissues and even entire organs to replace ailing and failing parts such as blood vessels, skin, cartilage, bone, stomachs, bladders and even hearts. The process involves seeding specially shaped artificial scaffolds with human cells such that the body eventually grows a functional new body part around the implant.

The trick with tissue engineering is to come up with synthetic parts that can withstand the mechanical strain of doing the body's work while also biodegrading slowly as the body rebuilds the real thing.

With blood vessels, experts already have shown that it is possible to make synthetic arteries that work in the lab.

The new work is important because the team, at Virginia Commonwealth University , was able to create grafts that include elastin, which makes it so the cells seeded into the synthetic artery are much more likely to recognize and interact properly with the body. Elastin also makes the synthetic artery strong enough to work much more like our original blood vessels. The body's elastic fibers, found in nearly all organs and tissues, are made of elastin.

The results were published in the latest issue of the journal Biomedical Materials.

"We didn't want to put a stiff garden hose in place of a compliant artery," team leader Gary Bowlin told LiveScience. "This would cause a great deal of complications due to the cells being housed in an 'abnormal'environment."

So instead, Bowlin and his colleagues figured out how to make a strong and effective synthetic artery out of a blend of natural elastin with a synthetic, biodegradable material called polydioxanone (PDO), a type of huge, repeating-unit molecules called polymers. PDO commonly is used to make materials for sutures, or stitches. The fabrication process is called electrospinning and yields a non-woven mat of fibers like cotton candy.

For now, surgeons doing bypass surgery rely on replacing patients' diseased arteries with healthier ones from elsewhere in the body or with Teflon artery implants.

But patients' healthier arteries aren't always so healthy. And Teflon arteries never biodegrade and can lead to inflammation, poor healing and other complications often in the smaller diameter arteries of the arms, lower legs and heart.

Tissue engineers have been working on prosthetic blood vessels for 20 years, but none are commercially available as yet. So far, the scientists have succeeded in the lab. In the near future, they will see if grafts can be replaced with human arterial tissue over time in the body. If it works right, the graft would disappear entirely, with the new, regenerated artery taking over fully at that point.

The results of another study are quite promising for those who don’t want their vessels and arteries to be replaces by synthetic ones, livescience.com reports.

An added benefit of a diet rich in vegetables was found in a U.S study of the fatty deposits in the arteries of mice.

After 16 weeks researchers found that mice who were fed vegetables had 38 percent less fatty deposits in their arteries than mice with a vegetable-free diet and helps prevent high blood pressure.

Lead researcher, Michael Adams acknowledges that everyone knows eating vegetables is good for the body but it was never before discovered that it can prevent atherosclerosis, allheadlinenews.com says.

Numerous studies in humans have shown that a high-vegetable diet is associated with a reduced risk of cardiovascular disease, as well as with reductions in blood pressure and increases in "good" cholesterol. This is believed to be the first study to address the effect of increased vegetable consumption on the development or progression of atherosclerosis, seniorjournal.com reports.