The Framework Convention on Tobacco Control came into effect last Sunday. The convention was signed by 167 countries and ratified by parliaments of 57 countries as of February 2005. This international agreement is to be deemed effective following 90 days upon its ratification by 40 countries. 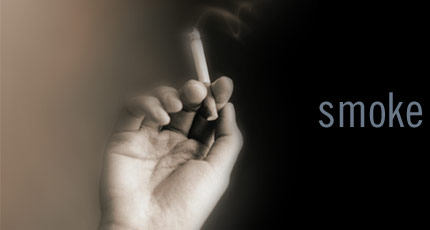 Russia with its world's third biggest market of tobacco products has not signed the document yet.

To smoke or not to smoke seems to be a private issue if you fail to remember that the state gains direct profit from each tobacco smoker by collecting taxes imposed on the tobacco products. Undoubtedly, the state is responsible for taking steps aimed at protecting those whose health is at risk by the effects of smoking. Suffice it to say that the state spends vast resources on the treatment of smoking-related diseases yet hundreds of thousands keep dying each year from the dangerous addiction.

How can we explain why the Russian authorities have yet to ratify the document they voted for two years ago? Besides, the government passed the law on restrictions applicable to tobacco smoking in 2001. It was amended recently to make it more severe. But no one appears to be playing by the rules since the mechanism of control is still missing.

Unlike our legislation, many provisions of the Framework Convention call for much tougher actions. For example, the convention aims to put a ban on all advertising of tobacco products within 5 years. It also intends to bring maximum allowable levels of nicotine and tar into strict correspondence with the EU regulations within 3 years. No sale of tobacco products in the street should be allowed and any sponsoring by tobacco manufacturers should be against the law.

Those of the State Duma deputies who support the convention point to the powerful tobacco lobby as the most obvious reason behind the government's stance on the issue. “Giant international tobacco companies have invested around $2 billion in the development of their projects in Russia over the last few years, so they are taking every step to keep the industry running as by plan,” says Nikolai Gerasimenko, a Duma deputy who gave up smoking while working on that anti-smoking legislation.

In the meanwhile, tobacco companies were fast to say that they backed the convention 100% since it would finally lay down clear-cut and permanent rules of the game. The deputies requested an official explanation from the government with regard to the exceedingly slow process of ratification. In his response to the deputies, Alexander Zhukov, Russian Vice Prime Minister, referred to “more than 10 laws that will need to be changed and amended should Russia join the convention.” Besides, he mentioned the allocation of additional funds to finance “independent state-run” laboratories for quality control of the tobacco products. According to him, more funds will be required to finance officials who will be charged with coordination of the development and implementation of measures stipulated in the convention. The explanation seems rather odd since Russia took part in the development of the convention from day one. It is understood that implementation of the new regulations will require an increase in spending. On the other hand, the convention should bring out higher prices and taxes on cigarettes in order to keep the demand low among the teenagers under legal age. The measure might as well generate more revenue flowing to the state coffers.

The statistics on tobacco consumption vary from source to source because the records are kept only on production and sales. According to opinion polls, 65% of Russian males and 30% of Russian females in the urban areas are smokers. About 20% of boys and 11% of girls under 16 smoke. 63% of China's male population and 3% of Chinese females are smokers. 25% of adult Americans smoke too.

Russians spend more than $6 billion a year on tobacco products. On average a Russian smoker smokes  3,198 cigarettes per year or 9 cigarettes a day. The doctors found irrefutable evidence showing that smoking causes the development of cancer in such organs as lung, larynx, bladder, kidneys. About 4.9 billion people died worldwide from smoking-related diseases in 2004. The number includes some 500 thousand Russians who were killed by smoking the same year.