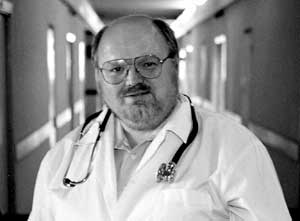 Present Year of the Monkey which started on January 22, has attracted people' attention to primates, our closest relatives.

If they are indeed our closest relatives, will it possible to rejuvenate our bodies and prolong our lives with the help of their organs? We addressed this exact question to professor Pavel Vorobyev of the Department of Hematology of Moscow's Medical Academy.

-Pavel Andreevich, human beings and monkeys posses 95% of common genes. How effective will it be to transplant primate's organs?

-Questions regarding rejuvenation have appealed to people for centuries. Back then, in order to prolong one's life, people transfused blood from newborns and virgins. However, they were completely unaware of blood types and could not prevent blood from coagulating. Ideas regarding primates emerged as a result of Darwin's theory of evolution. These theoretical assumptions served as a basis for several practical experiments. In the beginning of XX century, in France our fellow countrymen Sergay Voronov transplanted primate’'testicles to a human.

-It did help some people. Bogdanov himself died as a result of misfortunate blood transfusion. The blood types did not match. Back then, they were unaware of the existence of blood types.

-Were monkeys used as donors?

-It used to be considered that if monkey's testicles are transplanted to an old man, the man will become sexually active again. I personally allow for such possibility. Today, we know that if an old man will be injected with male hormones, he will have an erection, but not for long. However, such injections of male hormones do not prolong one's life; they merely make one feel young for a relatively short period of time.

-Are you saying that a person will live excatly as much as he is destined to?

-No, he will live less than he is destined to live. A person needs to draw energy from somewhere and it uses those resources of his own organism, which are limited. Professor Voronnov in France was transplanting primate's testicles and quite successfully I should add. It did prolong their activity for some time.

-Did any of similar experiments ever take place in our country?

-As far as I know, nothing of this sort ever took place in the USSR, at least not officially. Nowadays, such things are no longer mysterious. Anything can be transplanted these days. As far as testicle transplantations are concerned, they are performed rather regularly. However, the procedure is ineffective in terms of child birth. Besides, one can stimulate his potency by means of hormone therapy.

-Is monkey the most suitable donor-creature for humans?

-The most suitable animal for human transplants is a pig.

-What about 95% of common genes between humans and primates?

-Many animals share common genes with humans. In my opinion, a rather insignificant amount of genes is responsible for such significant differences between animals and humans. However, pigs’ proteins are closer to us genetically.

-In hope of rejuvenation Stalin gave Bogomoltsev an entire Institute. Later the leader claimed that Bogomoltsev had lied to him…

-In general, soviet gerontology based on Stalin's desire to live a long life. Jores Medvedev wrote a wonderful article about numerous expeditions that had been sent to Caucasus to determine people’s average age over there. Stalin was informed that those people live way longer. In reality, of course, there were no long-livers in Caucasus. Afterwards, members of the expeditions started to believe their own lies. Such is a tendency of human psyche.

Chinese say that one should die young the later the better. I would like to recommend people to lead a healthy, walk more often, refrain from smoking and so on. There is one recipe however that I cherish most: work, work, work! Always work in order to stay alive. Any activity equals life!