State Drug Control Commission will not legalize marijuana in Russia 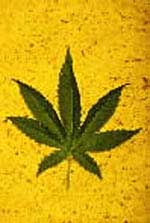 State Drug Commission of the Russian Federation is against legalizing the so-called light narcotics in Russia.

“Our position concerning the issue of drug legalization is absolutely negative. It will remain unchanged regardless of any factors. We are against it,” said Assistant Director of the Commission Lieutenant General Alexander Mikhailov in his interview with “Interfax”.

“Foreign experience does not always appeal to Russia. Russian specific character needs to be taken into account. Legalization of even light drugs in our country will lead to drastic consequences,” remarked he.

The following drugs are considered “light”: marijuana, hashish and other types of Indian cannabis, hallucinogenic mushrooms, ecstasy, peyote as well as several medical drugs and substances with relatively light psychotropic effects which do not cause total physical dependency. According to Mikhailov, the Commission pays close attention at a number of prophylactic and educational programs among drug addicts.

State Drug Control of the Russian Federation was founded on July 1, 2003. The Commission has various responsibilities. It deals with drug mafia, tax frauds, investigates briberies of government officials. The Commission also controls legal drug turnover and possesses a right to legally produce, store and use narcotics and psychotropic substances.

“Experts claim that there are more than 150 000 drug addicts in Moscow. 30 000 of them are undergoing regular medical check-ups,” declared Director of the Commission's Department in Moscow Alexei Chuvaev in the course of his last week's meeting. At the same time, about a million Russians have tried smoking pot. Russian capital is the leader among pot smoking individuals in Russia, reports “Rossiiskaya Gazeta.”

Amount of drug addicts among Moscow's youngsters has risen in the course of the past 5-6 years in 24 times. Statistically, teenagers first try alcoholic beverages at the age of 12,5. 80% of Muscovites (ages 12-30) consume drugs regularly. Almost all of them have viral hepatitis and half of them has AIDS.

Different countries fight drug wars differently. In the US for instance, while government officials are expressing their negative attitudes towards drugs, they are unable to fully control drug use in the country.

England, Netherlands on the contrary, tend to adhere to the strategy of simply “decreasing dreadful consequences.”

Holland is one of the few countries where drugs are officially divided into “light” and “hard.” Netherlands, Germany and Britain do not prosecute people for drug use.