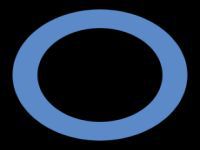 Diabetes Mellitus Type 2 is a skyrocketing international health emergency, accounting for around 90 per cent of diabetes cases worldwide. In 1985 the number of sufferers was registered at just 30 million and by 1995 it had reached 135 million, rising to 217 million in 2005. Currently there are an estimated 285 to 300,000,000 people living with Type 2 Diabetes, representing around 6% of the world's population, up from around 3 per cent in the year 2000. The figures underline the World Health Organization's decision to classify the condition as a global health pandemic.

The word Diabetes comes from the Greek (to pass through, referring to urination) and the word was already in use in the year 230 BC, but in the year 1.500 BC the Egyptians had identified it as a disease which involved "excessive urination". Indian doctors Sushruta and Charaka recognized the difference between Type 1 and Type 2 in the period between 400 and 500 AD and Type 2 was described in India as madhumeha (honey urine). Hence the expression "mellitus" (from honey) adopted by the British scientist John Rolle in the late eighteenth century.

The number of cases diagnosed in children is rising fast, going hand in hand with rising obesity levels. So, we see it is not only an international disease, but has been with countless generations for thousands of years and its incidence is increasing sharply. At this rate, it will not be long before half the world's population suffers from it.

What is Diabetes Mellitus Type 2?

Diabetes Mellitus Type 2 is the result of insulin deficiency, either because the pancreas does not produce enough of it or because the body does not use insulin adequately, the result of this being that instead of entering the body's cells, glucose builds up in the blood. The reason is that insulin helps introduce sugar (glucose) into the cells, feeding them with energy and providing them with the fuel they need. A lack of this is translated into the cells not functioning properly and also dehydration of the body (through excessive urination), damage to nerves and vessels, causing lesions or malfunctions to the eyes, heart and kidneys, increasing the risk of heart attack, strokes, blindness and blood pressure disorders.

Diabetes Mellitus Type 2 is characterized by damage to insulin-producing cells in the pancreas, resistance to insulin and the inability of body tissue to use and absorb glucose.

The classic symptoms are excessive thirst, frequent urination (for example, once an hour), weight loss or gain, dryness in the mouth, itching skin or slow-healing wounds, nausea, even vomiting, blurred vision and fatigue.

What are the causes?

While research shows that the full understanding of the mechanism causing Diabetes Mellitus Type 2 is not known, there is evidence which points towards several factors, among these being ethnicity (although it is not clear whether it is the ethnic origin or the diet many people in these groups eat), inherited factors and lifestyle. Here, the liver plays a major role. Glucose comes from the food we eat and the liver, which stores glucose and releases it, converting glycogen into glucose when the body needs energy (for instance between meals).

Given that many sufferers (not all, but 80 per cent) are overweight, and many in this group do not take enough exercise, in turn many of the people in these two groups accumulate weight in the abdomen area, then weight (food intake, diet) and exercise appear to be important factors (maybe not the only ones). Other factors may be natural or acquired resistance to the effects of insulin.

It makes sense to conclude that being overweight increases fatty tissue and that this increases resistance to insulin in some cases; it makes sense to conclude that since exercise reduces fatty tissue, then lack, or practice, of it makes a difference and also, the more exercise a person gets, the more energy is spent, using up more sugar (glucose, energy) and rendering the body more prone to the effects of insulin.

It therefore makes sense to conclude that a diet high in saturated fat (processed meats, whipped cream, fast foods, for instance, pizza, rendered animal fats - in fast food - and hydrogenated oils, present in many foodstuffs) is also a contributing factor. Studies have revealed that a diet high in saturated fatty acids can cause the body's immune cells to produce and release a protein called interleukin-1beta, which renders the body open to attack by inflammatory chemicals.

Interleukin-1beta has been identified in processes of interaction with muscular material, the liver and adipose (fat), disconnecting their response to insulin. This means that fatty acids work against insulin, increase insulin resistance and are one cause of Diabetes Mellitus Type 2.

Other studies have pointed towards a connection of a diet high in carbohydrates and Type 2 Diabetes. It has been proved that high levels of Methyglyoxal (MG), produced by the body as it metabolizes glucose, have been associated will all the characteristics of Diabetes Mellitus Type 2.

One, when you have a child, do you assume the responsibility for looking after it, which includes its nutrition, or do you hand this responsibility over to someone else? The answer would be no, you look after it yourself. So then why do so many millions of people allow themselves and their children to fall victim to food marketing campaigns, and buy produce that has not been completely and honestly labelled?

Two, the more natural the food, the healthier it must be, which means that the longer the list of ingredients, the worse it is. A quick study into the essential amino acids, vitamins and minerals we need on a daily basis takes us to green leafy vegetables, legumes such as peppers, aubergines/eggplant, celery and carrots, potato baked in its skin, okra, nuts, seaweed, pulses (beans, peas, lentils), coconut water, soy, seitan, tofu, quinoa, bulgur wheat, goji berries, apple and pineapple. Add to that natural bread without chemicals, natural rice devoid of chemicals, sugar cane, a tea made of grated fresh turmeric root (curcuma), ginger root, black pepper and lemon juice every morning, and at least two 35-minute brisk walks every day... and would this not be a good start towards reducing Type 2 Diabetes?