Survey by Medecins Sans Frontieres shows that the price to immunize children, which was once 1.37 USD, has now risen to 38.80 USD 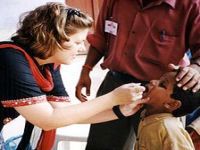 A survey by the French humanitarian organization Medecins Sans Frontieres (MSF) indicates that the overall price of the basic package of vaccination for children has increased 2,700% in the last decade. This is partly because the number of immunizations recommended by the World Health Organization (WHO) has risen from 6 to 11, but also because of the disparity in prices of two new vaccines.

Ten years ago, says MSF, it was possible to immunize a child with $1.37. Today, the 11 vaccines cost $38.80. The prices used as the basis for the survey are obtained by the Global Alliance for Vaccines and Immunization (GAVI), Trustee of the World Health Organization (WHO) that assists the governments of poor countries to achieve the lowest overall prices of vaccines.

According to the SPS most of the increase in the package of vaccination is concentrated in immunization against pneumococcal disease and rotavirus (which causes diarrhea). These two items account for over 75% of the package price, while a measles vaccine costs only 50 cents.

These vaccines, the survey shows, are produced almost exclusively by three of the world's largest pharmaceutical companies: Pfizer, GlaxoSmithKline (GSK) and Merck. "There is little competition in the sector. There are only two producers for each of these vaccines, "said Kate Elder, vaccine expert at the Campaign for Access to Essential Medicines MSF.

The firms, however, dispute the figures provided by MSF. "You cannot compare the rotavirus and pneumococcal vaccines with measles, which has more than 30 years of age. These vaccines are new and modern, so the cost is higher, "maintains John Sanches, director of institutional relations at Merck in Brazil.

Note, the headquarters of Pfizer says it is committed to making its vaccine available for children and adults worldwide. "To meet this commitment, Pfizer is working with the government and organizations of each country, considering the socioeconomic situation of each nation."

Despite the higher prices compared to "traditional",  immunizations the emergence of new vaccines is seen as positive, as the technologies developed in the last decade have the potential to further reduce mortality in children under five.

GAVI, which helps financially 73 poor countries to pay for their vaccines, also believes that the values ​​of immunization against rotavirus and pneumococcal diseases are not high. "These two vaccines face the two biggest killers of children under five. Paying 3.5 USD [price reached by Gavi] for a vaccine against the worst forms of pneumonia is very expensive if it saves the life of a child? ", asks a spokesperson of the Gavi, to CartaCapital.

The entity has committed $8.4 billion by 2016 in support of countries in need. The organization can lower the values ​​of vaccines using strategies such as aggregate demand and acquisition, and ensure long-term commitments with secured financing agreements. "We have this year a record low for pentavalent vaccine and we buy the HPV vaccine for USD 4.5 per dose. This vaccine costs more than $100 in rich countries. Also we agreed to reduce the price of rotavirus vaccine by 67%."

But the prices of vaccines vary exponentially according to the agreements between the pharmaceuticals, countries or blocks of countries. Brazil, for example, does not have access to the prices of Gavi, considered the lowest in the market. The country uses, however, the Revolving Fund of the Pan American Health Organization (PAHO), a cooperation mechanism for joint purchasing of vaccines, syringes and supplements related to vaccination by the American countries.

By PAHO table a pediatric vaccine against pneumococcal disease can be purchased by the member countries at $15.84 per dose and a rotavirus goes for $6.5 per dose. The Gavi table is more economical: immunization against pneumonia costs $3.50/dose - 90% less than the amounts paid by rich countries - and rotavirus costs $5. The SUS (National Health System) provides two free vaccines in Brazil.

For MSF, the prices of these vaccines are high due to lack of corporate transparency regarding the actual manufacturing costs. The NGO also criticizes the fact that the agreements did not avail of Gavi for humanitarian organizations. "This has become a major obstacle for us to serve the needs of our patients in emergencies and countries in conflict, because the values ​​of each dose would be impractical," says Elder.

GAVI, funded by donations from companies and countries (including Brazil, which announced a contribution of $20 million in 2011, not yet implemented), says, moreover, that it seeks not to interfere in the negotiations between NGOs and producers.

All agree, however, that vaccines are fundamental tools for disease control. "Vaccines clearly demonstrated their value and impact on health," says Elder. "In an emergency, for the war wounded and people caught in conflicts, the easiest way to deal with some illnesses is to do a mass vaccination. It is a basic health tool "

Translated from the Portuguese version. Source: