A team of researchers at the Centre for Neuroscience (CNC) and the Faculty of Pharmacy, University of Coimbra (UC), Portugal, has developed a groundbreaking test for the detection of cutaneous chemical allergen (skin sensitization assessment), which will significantly reduce the testing animals in the cosmetics industry.

Coimbra- Portugal. Pioneering test developed at the University of Coimbra (UC) will replace animal testing in the cosmetics industry: A team of researchers at the Centre for Neuroscience (CNC) and the Faculty of Pharmacy, University of Coimbra (UC) developed a groundbreaking test for the detection of chemical allergen cutaneous (skin sensitization assessment), which will significantly reduce testing animals in the cosmetics industry.

The novel in vitro assay was based on the use of immortalized skin cells (cell line) for evaluating, by examining various parameters, cutaneous allergenicity of chemicals prior to their introduction on the market, thus replacing the respective animal tests. This project is the result of successive studies conducted over the past six years, by the research team Teresa Cruz Rosete, Bruno Neves and Susana Rosa.

The test, called Sensitiser Predictor, has already been awarded several national and international awards, apart from "giving a response to the legislative imposition of the European Union to abolish the use of animals in product testing of the cosmetics industry, it is a much faster method than those in use today which resort to animal testing (mice), it is more economical and capable of being used on a large scale", explains the researcher, Teresa Cruz Rosete. 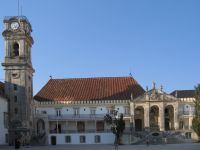 With an international patent under evaluation, the project, also funded by the Foundation for Science and Technology (FCT), still lacks the "validation of the European Centre for the Validation of Alternative Methods - ECVAM, so it can be considered a reference test the OECD," notes the researcher of the Cellular Immunology Oncobiology Group of the CNC, Professor of the School of Pharmacy at Coimbra University.

Despite strong pressure from the European Union to end animal testing, the truth is that there are still no alternative tests for various items of toxicity, including skin sensitization. Therefore, Sensitiser Predictor could mark "the paradigm shift in toxicity evaluation (toxicological) compounds. The international scientific community is focusing specifically on the development of simple and rapid methods to replace animal testing", she concludes.

The group, unique in Portugal working on the development of tests for evaluation of skin sensitization - whose toxicity evaluation process is very complex - now wants to extend the test to other areas, including respiratory allergies.