It is called Novel Coronavirus, it is deadly and it is a nightmare: it seems the virus that causes the common cold has mutated to a pathogenic strain which causes severe respiratory problems and kidney failure. It has been confirmed that this type of virus has never been found before in humans. The epicenter seems to be Saudi Arabia; to date there is one death and one person in the ICU. 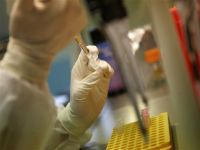 The human toll so far is one man dead in the Kingdom of Saudi Arabia (a 60-year-old Saudi national) and one Qatari national with a history of travel to Saudi Arabia seriously ill in an Intensive Care Unit in a London hospital, where he is in isolation with serious respiratory problems and kidney failure.

The patient is a previously healthy 49-year-old male, a Qatari national, whose symptoms began on September 3. Before the symptoms appeared, he had traveled to Saudi Arabia (Riyadh) and by September 7 he was in an ICU in Doha, Qatar. He was transferred to London on September 11.

Laboratory tests carried out by the Erasmus University Medical Center in the Netherlands has confirmed that the virus isolate present in the latter case indicates a 99.5% similarity with the identity of the isolate obtained from the fatal case earlier this year. There is a mismatch of one nucleotide.

According to the World Health Organization, "Coronaviruses are a large family of viruses which includes viruses that cause the common cold and SARS. Given that this is a novel coronavirus, WHO is currently in the process of obtaining further information to determine the public health implications of these two confirmed cases". These cases, however, are not SARS (Severe Acute Respiratory Syndrome, which broke out in the Far East in 2002-2003, causing nearly one thousand fatalities worldwide and was linked to civets).

The WHO (as usual) does not recommend travel restrictions.

1. Does the mismatch in the nucleotide mean that the virus is evolving?

2. Are we about to see a deadly remake of the Swine Flu Pandemic (A H1N1) of 2009, when the authorities which are supposed to protect us stood back and limited themselves to informing the world's population as to how the virus was progressing?

3. Does swift and decisive action by the authorities mean that the pharma industry loses out on billions in revenue from research and development and commercialization of medicines?