Microchip on roof of the mouth can reduce snoring

Patients who snore and have been diagnosed with mild apnea now have another treatment option...technology can reduce episodes of snoring. A microchip implanted in the bottom of the roof of the mouth, called the soft palate, by means of a minimally invasive procedure, promises to reduce by 80% the noise of snoring.

A study of the Federal University of São Paulo (UNIFESP) indicates that 33% of residents of Sao Paulo suffer from sleep apnea, characterized by momentary interruption of breathing while the person sleeps.  Estimates indicate that 50% of the general population has the problem, which can cause illnesses such as hypertension, type 2 diabetes and stroke.

The palatal implant is sold under the name Pillar and is manufactured by Medtronic. The technique, already used in Europe and the United States, was recently approved by the National Sanitary Surveillance Agency (ANVISA). Each unit costs about $200 - three to five implants are used in each patient.

This week, the technique will be presented by the Institute of Medical Education and Research Hospital Sao Camilo, Sao Paulo, during a course on diagnosis and treatment of obstructive sleep apnea.

According to Jose Antonio Pinto, head of the department of otolaryngology at St. Camillus, the technique is a good option for people with mild sleep apnea, which is characterized by 5 to 15 interruptions of breathing in each hour of sleep.  Moderate apnea occurs when sleep is interrupted 15-30 times, and when severe, it is above 30.

According to Pinto, the technique uses tiny polyethylene implants - a type of plastic used in the field of surgery and other grafts. In practice, the patient is given local anesthesia or sedation, and by means of a special gun-type instrument, the implants are applied to the bottom of the roof of the mouth of the patient, where the greatest vibration takes place.

In general, three implants are used and the procedure lasts 20 minutes. So far, five patients received the implant at St. Camillus, but it is not possible to evaluate the results because the procedure was performed so recently. "These systems produce a reaction in that region, generating a fibrosis, a scarring that heals and stiffens the tissue and thus reduces snoring" said Pinto.

The patient resumes normal activities and then manages to eat. In the first weeks, it may be necessary to take some pain reliever to reduce swelling. "It is a foreign body sensation in the throat, but it quickly disappears."

For Lia Bittencourt, coordinator of the Sleep Institute, the results with the palatal implant are not as effective as CPAP (a device that prevents the closing of the throat during sleep) and the intraoral appliance (bite type of silicone that maintains the patient's mouth closed during sleep and that pulls the jaw forward).

"The use of CPAP is best for all cases, but it does not work for all patients. It is not entirely proven that the palatal implant actually helps regulate breathing interruptions to less than five times per hour of sleep. Therefore, we still do not routinely use it," he says.

The ENT, Cahali Michel, Hospital das Clinicas in Sao Paulo, knows the technique and says he has a bad impression about its effectiveness. "Apparently, the implant would be effective to reduce the noise of snoring, but has almost zero efficacy to treat apnea. And less than 5% of patients have associated snoring without apnea."

According to Cahali, more research still needs to be done in the area to demonstrate that the implant is really a good alternative, especially because of the price. "It is not a new procedure.  In the U.S.A., it has been used since 2004, but the distribution is still low because the technology is expensive." 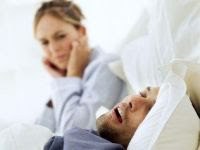