Red meat, especially consumed with fat, is the villain of health, many studies have already emphasized. But when consumed in moderation and without the fat layer, it need not be feared and can even do well.

A new study from the School of Public Health, Harvard, offers the key to enjoying nly the best of food: substitution instead of elimination. In lunches and dinners with no meat (or less meat), experts authors of the study suggest that there are healthy protein choices.

For two decades, 125,000 people were followed . Of this total, 24,000 died from heart problems or cancer. In the analysis, people who ate more red meat have died sooner. They also tended to weigh more, do less exercise and were smoking, which shows that unhealthy habits usually appear in the form of a "combo."

According to the study, for each extra amount of processed meat consumed - the portion equivalent to a steak the size and thickness of a deck of cards - increased mortality was 20%.

"This study provides clear evidence that regular consumption of red meat, especially processed meat, contributes substantially to premature death," said Frank Hu, a scientist involved in the study and professor of nutrition at the School of Public Health, Harvard, in a statement given in the publicity department of the university.

In the analysis, it was shown that replacing red meat for healthier sources of protein can prolong life. If, instead of three pieces of hamburger, one option is for a substitute considered a healthy protein, for example, reduced mortality was between 7% and 19%. 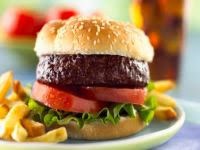