Hey Mom and Dad, what is in that burger? 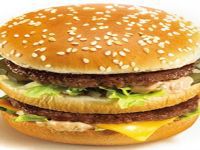 Hambúrguer chef Jamie Oliver has just won a battle against one of the largest fast food chains in the world. After Oliver showed how McDonald's hamburgers are made, the franchise announced it will change its recipe.

According to Oliver, the fatty parts of beef are "washed" in ammonium hydroxide and used in the filling of the burger. Before this process, according to the presenter, the food is deemed unfit for human consumption.

According to the chef and presenter, Jamie Oliver, who has undertaken a war against the fast food industry: "Basically, we're taking a product that would be sold in the cheapest way for dogs, and after this process, is being given to human beings."

Besides the low quality of the meat, the ammonium hydroxide is harmful to health. Oliver calls it "the pink slime process."

"Why would any sensible human being put meat filled with ammonia in the mouths of their children?" asked the chef, who wages a war against the fast food industry.

In one of his initiatives, Oliver demonstrates to children how nuggets are made. After selecting the best parts of the chicken, the remains (fat, skin and internal organs) are processed for these fried foods.

The company, Arcos Dorados, the franchise manager in Latin America, said such a procedure is not practiced in the region. The same applies to the product in Ireland and the UK, where they use meat from local suppliers.

In the United States, Burger King and Taco Bell had already abandoned the use of ammonia in their products. The food industry uses ammonium hydroxide as an anti-microbial agent in meats, which has allowed McDonald's to use otherwise "inedible meat."

Even more disturbing is that because ammonium hydroxide is considered part of the "component in a production procedure" by the USDA, consumers may not know when the chemical is in their food.

On the official website of McDonald's, the company claims that their meat is cheap because, while serving many people every day, they are able to buy from their suppliers at a lower price, and offer the best quality products.

In addition, the franchise denied that the decision to change the recipe is related to Jamie Oliver's campaign. On the site, McDonald's has admitted that they have abandoned the beef filler from its burger patties.

Author`s name Oksana Orlovskaya
*
15:17
Armed Forces of Ukraine drop chemical bombs from drones - DPR governor
14:59
Russian Olympic ice dancing champion develops gangrene of his leg
18:54
Ukrainian soldier uses chainsaw and fire to release US howitzer from ice trap
18:30
Onet: Ukraine will lose in six months due to shell shortage
17:36
Russian troops defeat Ukrainian troops in Zaporizhzhia region
14:50
Number of foreign mercenaries in Ukraine continues growing
14:17
Russians buy more than 50 tons of gold in 2022
13:57
Russia will not talk to Ukraine. Russia will talk to the West
13:34
USA's plan to give 20 percent of Ukraine for peace hoax
12:51
Medvedev: Ukraine as a state to be devastated, go bankrupt and be turned into colony
Drone with large air bomb on board explodes over Kaluga in western Russia