WHO declares war on Cancer

"Together it is possible" was the theme for the World Cancer Day 2012 - however, cancer kills millions of people every year and up to a third of cases can be prevented by a healthy lifestyle, according to statistics released by the World Health Organization. Let us then, together, declare war on this scourge. 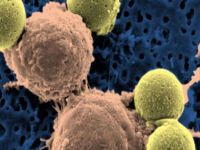 How many families are there in the world who have experienced at least one death through cancer; how many people have been silenced by the mention of the C word in the hushed ambience of the doctor's consulting rooms, how many have not broken down in tears shortly afterwards?

While it is true that Cancer need no longer be a death sentence, and while it is true that the number of cures are growing yearly as new therapies are found, this disease continues to kill 7.6 million people a year (figures refer to 2008), around 70% of these in low- and middle-income countries. Thirty per cent of these cases could be prevented.

February 4 is the day chosen by the WHO to celebrate World Cancer Day. The theme for this year was "Together it is possible" and together, the World Health Organization and the International Agency for Research on Cancer support the International Union Against Cancer to find ways to combat this disease. Prevention is the keyword and in 2012, the focus will be on screening and vaccination, effective against the Human Papilloma Virus which causes cervical cancer and the Hepatitis B Virus which can cause liver cancer.

According to the WHO, cervical cancer is the second most common form of this disease among women worldwide, with 500,000 new cases being diagnosed yearly. 70% of cases are caused by types 16 and 18 and these can largely be prevented by vaccinating girls aged between 9 and 13. Hepatitis B and C are responsible for 78% of liver cancer cases, which caused 700,000 deaths in 2008. A vaccine for Hepatitis B has been available since 1982.

Early diagnosis can reduce mortality rates and the WHO relies on public awareness programmes, educating populations about the first symptoms and also screening programmes testing people to detest early signs of cancer, which caused 7.6 million deaths in 2008 - thirteen per cent of all deaths worldwide and the number is predicted to escalate to 13.1 million by 2030. The following breakdown is provided by the WHO:

Cancer occurs when a cell undergoes changes into a pre-cancerous lesion which develops into malignant tumours, due to an interaction between the genetic factors a person's body possesses with physical, chemical or biological carcinogens.

Up to 30% of cancers are caused by the use of tobacco and excessive use of alcohol, an unhealthy diet (low fruit and vegetable intake), a lack of physical exercise, being overweight or obese, urban air pollution, inhalation of smoke on an ongoing basis (tobacco or fumes from fuels), sexually transmitted HPV.

Cancer is a leading cause of death worldwide, accounting for 7.6 million deaths (around 13% of all deaths) in 2008.

Lung, stomach, liver, colon and breast cancer cause the most cancer deaths each year.

The most frequent types of cancer differ between men and women.

About 30% of cancer deaths are due to the five leading behavioral and dietary risks: high body mass index, low fruit and vegetable intake, lack of physical activity, tobacco use, alcohol use.

Cancer causing viral infections such as HBV/HCV and HPV are responsible for up to 20% of cancer deaths in low- and middle-income countries.

About 70% of all cancer deaths in 2008 occurred in low- and middle-income countries.

Deaths from cancer worldwide are projected to continue rising, with an estimated 13.1 million deaths in 2030.