Blood pressure should be measured in both arms of the patient 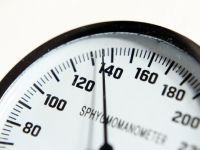 A review of 28 studies published online in the Lancet suggests that doctors should measure blood pressure in both arms of the patient - and not just one, as in most offices. This is because obtaining a different pressure measurement in the arms may indicate an increased risk of peripheral vascular disease.

Measuring the pressure in both arms is already recommended in the guidelines of the Brazilian Society of Hypertension and Cardiology - the last update was published in 2010. The rule directs that on the first visit, doctors measure the pressure in all four limbs of the patient: in the two arms and two legs - which does not always happen.

The review was conducted by the physician, Christopher Clark, University of Exeter (Great Britain), and demonstrated that a difference in systolic blood pressure above 15 millimeters of mercury (mm Hg) between the two arms is associated with increased risk of having one of the arteries partially obstructed.

In Brazil, the guidelines recommend further investigation only in cases that present a measurement of pressure difference greater than 20 mm Hg between the two arms. For the cardiologist, Luiz Aparecido Bortolotto, director of Clinical Hypertension Unit at InCor, this is a point that may be reassessed in the country.

"One of the most important things in this study is that the pressure difference between the two arms is to be considered dangerous at 15, while in Brazil the figure is 20.

We might have to revise the guidelines and also lower the number," he says. The information was obtained from the newspaper O Estado de Sao Paulo.

This difference of 15 millimeters of mercury (mm Hg) or more between readings was linked with an increased risk of narrowing or hardening of the arteries supplying the lower limbs, called peripheral vascular disease.