Key Health Issues in 2011: Cause for Optimism 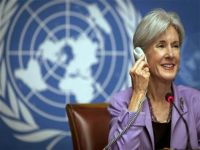 The World Health Organization heralds what it terms as "important progress in a number of areas", namely the fewer deaths and fewer new infections recorded in the global reports on AIDS, tuberculosis and malaria. Other events mentioned by the WHO in its review of 2011 were the tsunami and nuclear catastrophes in Japan, the financial crisis, which has direct effects upon health issues, conflicts and substance abuse.

Alcohol abuse, according to the World Health Organization, causes some 2.5 million deaths a year. It is hoped that by targeting marketing actions and launching public awareness campaigns on advised intake quantities and drink-driving habits these deaths can be reduced. According to the WHO, 320,000 young people (15 to 29) die from alcohol-related causes every year (9% of deaths in this age group). 15.3 million people have drug-related health disorders. Between 150 and 250 million people worldwide (between 3.5 and 5.7% of the population in the 15-64 age group) use psychoactive substances, such as cannabis, amphetamines, cocaine, opioids, and non-prescribed psychoactive prescription medication, which not only cause health and social problems among the users, but also in the families and social groups/communities into which they are inserted.

Another problem arising from drugs is drug resistance, a phenomenon which is becoming widespread, caused by resistant micro-organisms which render treatment with known drugs deficient or useless, in turn prolonging the period of illness or occasioning death. Multi drug-resistant TB (MDR-TB) causes 150,000 deaths per year and there are 440,000 new cases reported annually. Multi-drug resistance to anti-malaria drugs (chloroquine and sulfadoxine-pyrimethamine) is becoming widespread in areas where this disease is endemic, while methicillin-resistant Staphylococcus aureus (MRSA) accounts for a growing number of hospital-acquired infections.

Among the new challenges referred to by the WHO report were the shortage of qualified midwives, placing in danger the health of women and infants; the need to fight Non-Communicable Diseases (NCDs) - heart disease and stroke, diabetes, cancer and chronic lung disease, which cause the deaths of 36 million people every year; air pollution, which accounts for 2 million deaths annually and social inequity, which sets life expectancy at 57 years of age in low-income countries

Back to the good news. Immunization programmes during immunization week (April 23 to 30) protected 75 million people in Africa from poliomyelitis and millions of people in 180 countries against diphtheria, hepatitis A and B, measles, pneumococcal disease, polio, rotavirus and tetanus. 2011 saw the first World Hepatitis Day, increasing awareness around viral hepatitis, which causes one million deaths a year and increasing programmes for prevention by vaccination against hepatitis B.

Equal living conditions for the disabled

The first World Report on Disability was released in 2011, revealing the challenges posed to the world's one billion people living with handicaps or disabilities, drawing up measures for governments to enable access to healthcare and other services, unlocking the potential of these people.