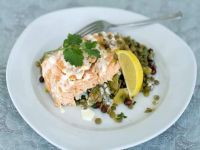 Caloric restriction stimulates a protein that activates genes linked to longevity and proper functioning of the brain...

Previous research has shown that eating less results in increased cognitive skills and memory.
Eating less can keep your mind young, according to Italian researchers who reported on Monday (19th), the discovery of a molecular process by which a strict diet can save the brain from the ravages of age.

The research, published in the American journal Proceedings of the National Academy of Sciences, is based on a study of mice that were fed a diet of about 70% of the food they ate normally.

Scientists have found that the calorie-restricted diet stimulated a protein molecule, CREB1, which activates a series of genes linked to longevity and proper functioning of the brain.

"Our hope is to find a way to activate CREB1, for example, through new drugs, to keep the brain young without the need for a strict diet," said lead author Giovambattista Pani, a researcher at the Institute of General Pathology, Faculty of Medicine, Catholic University of the Sacred Heart in Rome.

The researchers previously found that mice showed better cognitive skills and memory, less aggressiveness and the tendency to avoid or delay Alzheimer's. But they did not know exactly why.

"The CREB1 is known to regulate important brain functions such as memory, learning and control of anxiety, and its activity is reduced or physiologically compromised by aging," the study said.

Mice that were genetically modified to lose CREB1 did not show any of the benefits of memory that mice with a diet low in calories did, but they demonstrated the same deficiencies of the mice that were overfed.

"Therefore, our findings identify, for the first time, an important mediator of the effects of diet on the brain," said Pani.

"This discovery has important implications for developing future therapies to maintain a young brain and to avoid its degeneration and the aging process."