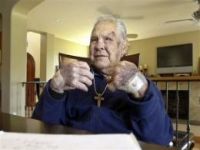 November 14 was World Diabetes Day, instituted to raise awareness about this scourge which today affects 350 million people worldwide - a figure that is rising - and one which often hits the poorest hardest. The UNO called on the pharmaceutical companies to do more to help, as the death rate is set to double by 2030.

Diabetes is a chronic disease which over a period of time seriously affects the body's organs, increasing the risk of Cardio Vascular Accidents, kidney failure, bad circulation leading to amputation, blindness and death. It is caused by the inability of the pancreas to produce sufficient insulin (Type 1 diabetes), or the incapacity of the body to use the insulin it produces (Type 2 diabetes).

Predictably, 277 million of the 346 million people living with diabetes reside in the developing countries, where according to the United Nations Organization, the disease is becoming increasingly prevalent. In his address on World Diabetes Day, UN Secretary-General Ban Ki-Moon stated "Too often, the disease hits the poorest especially hard, leading to heart attacks, strokes, blindness, limb amputations, kidney failure and premature death".

The UN Secretary-General called on "governments and pharmaceutical companies to give real meaning to our commemorations by developing joint strategies to make essential medicines more available and affordable in developing countries, especially for the poorest people who need them."

The need is urgent: the World Health Organization predicts that by the year 2030, the death rate from this disease will double. The main focus of the UN General Assembly is to increase access to medicines for diabetes over the next two years and the declaration from the Assembly's first meeting on non-communicable diseases (September 2011) called on governments and pharmaceutical companies to do more to make treatment available and affordable, especially in developing countries. In Mexico, it is estimated that 14 per cent of adults have one form or diabetes

One of the main causes of non-communicable disease is lifestyle, coupled with a poor diet, leading to obesity, which in turn is one of the risk factors involved in developing Type 2 diabetes.

Among the measures that have been proposed to combat the incidence of this metabolic disease are a curb on excessive marketing targeted towards children of foods and beverages high in trans-fatty acids, sugars, saturated fats and salt; the promotion of a healthy diet; combating the excessive consumption of alcohol; encouraging people to take up physical exercise.