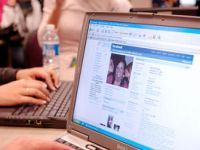 "Cyberbullies" harass and virtually attack classmates and acquaintances because they do not see the immediate consequences of their actions and mistakenly believe that their publications, tweets or emails cannot be traced, according to one expert.

"If a girl puts a wicked comment on the net, she need not witness the reaction of the injured target," said Brandie Oliver, assistant professor, Butler University in Indianapolis, USA, who supervises a mentoring program for high school youth. "Many students post messages that they would never say in a face to face situation."

.Children should be taught to take care of themselves - both in real time and in cyberspace, said Oliver. "Children need to speak and communicate with other children, particularly those who practice bullying, what they need and they do not want," explained the expert at the University in a statement.

As a wave of suicides in the United States has put the spotlight on cyberbullying, Oliver pointed out some ways to help young people survive the cyber attacks, and also protect themselves from future attacks:

Only accept friends who are well known and trusted in your network.

Do not participate in virtual bullying, gossip or sharing embarrassing photos and videos - whether yours or those of someone else.

Understand that any message, photo or video posted on the net can be viewed and commented on by others.

Parents must become involved and help children understand the virtual world, as Oliver advised. According to him, limit internet access if they believe their teens are not able to cope with the exhausting drama that can happen on the net.

Oliver said that his own teenage daughter said that "everyone" has a Facebook account. "I know that is not true, and I do not feel that my daughter is ready to take that digital step. You need to stand firm in your decision and remain like a father."

Parents should also get their children to engage in activities that build confidence and help them defend against the bullying that they can potentially suffer. "Children with self-confidence have a built-in shield against bullying," he said.

Oliver added that young people should be encouraged to protect other children who are victims of bullying and to report any harassment or bullying to an adult.