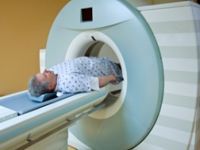 If you are one of those people who always see a light at the end of the tunnel, beware, there might be a train coming from the other way. At least so says a study published in the latest issue of Nature Neuroscience, according to which our well-known propensity to view life with rose colored glasses can be bad when it comes to responding to warnings in a key part of the brain.

Tali Sharot, a professor at University College London, was intrigued to see how many people, - even when confronted for a long period with bleak prospects - remained stubbornly, even pathologically optimistic.

To learn more, 19 volunteers were invited to participate in an experiment.

Sharot and colleagues monitored patients with a functional magnetic resonance imaging scanner (fMRI) while they were confronted with everyday situations, ranging from unpleasant to catastrophic.

Among the 80 scenarios were raised: to have a car stolen, to be dismissed from employment or to develop Parkinson's disease or cancer.

After each hypothetical disaster, the volunteers were asked to assess the possibility of misfortune happening to them. While still in the scanner, they were informed of the actual average probability of risk.

Some time later, the volunteers once again quantified the ability to personally experience each scenario.

The scientists found that volunteers had revised their initial estimates, but only when the actual numbers were less gloomy.

If, for example, a 40% probability of contracting cancer was predicted, but it turned out to be the average probability of 30%, they proved to be more likely to clearly adjust their estimate down.

But if the likelihood is demonstrated to be worse than originally thought, the volunteers simply ignored the real statistics.

"Our study suggests that they select and choose the information they hear," said Sharot.

"The more optimistic we feel, the less likely we are influenced by negative information about the future," he said.

The reason for such optimism

In the reading cerebrum, all participants demonstrated increased activity in the frontal lobe - strongly associated with emotional control - when the real numbers were better than expected. The activity indicated that the new information was processed and stored.

However, when information was worse than estimated, the volunteers considered the most optimistic in a personality test done previously demonstrated less activity in the frontal lobe. This suggests that they were ignoring the evidence presented.

But when the information was more dire than predicted,  Sharot said the study demonstrated that it was dismissed.  Unbridled optimism carries imperceptible risks, however.

"Seeing the glass half full rather than half empty may be something positive, it can reduce stress and anxiety and be good for our health and well-being," he said.

"But it can also mean that we are less likely to take preventive actions, such as practicing safe sex or saving for retirement," he said.

Many experts believe that the financial crisis that began in 2008 was caused in large part by overly optimistic expectations on the rise in property values ​​and the ability to reduce or wipe out the debt.