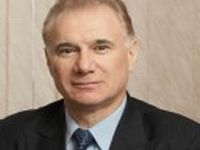 Advances in medicine may provide long life for humans

According to the Russian physician, Vladimir Khavinson, the key for longevity is to prevent aging by means of biomolecules formed by amino acids.  Who has not wanted to reach 100 years of age in a healthy way? What seemed a distant dream some years ago may well be close to becoming reality.

At least that is the intention of the physician and Russian scientist, Vladimir Khavinson, whose work promises to revolutionize medicine with his study of peptides, presented this weekend at the First Latin American Congress of the World Society of Anti-Aging Medicine (WOSAAM) and International Symposium of Hormonal Physiology and Longevity, held in Sao Paulo.

The great secret of Khavinson for a more lasting existence is the action of peptides (biomolecules formed by connecting two or more amino acids by peptide bonds between an amine group of an amino acid, and a carboxyl group of another amino acid). The survey began 35 years ago at the Military Medical Academy in the former Soviet Union. In a world still polarized by the Cold War, the objective was to study how resistance could be enhanced in soldiers.

Apart from famine and pandemics, the most timeless and constant war the world has been in is against aging. And it is in this battle that the work of the Russian takes a heroic revolutionary role. "Longevity is directly linked to culture, which is a bridge to evolution. And who does not want evolution?" asked the researcher, who also said, without elaborating, that "this is the great revolution of the 21st century."

The graphics and data produced by the Russian in the Congress put an end to doubts. The results of tests performed with peptides by the doctor and his staff were all leaders, without exception. With success in experiments with rats, monkeys and humans, it was proved that peptides potentiate cell division, stimulate brain activity, promote the reduction of tumors and more. "There isn't even the possibility of an allergic reaction," said the researcher.

"There is no stimulation or inhibition of processes, the peptides only regulate the body. They are natural substances, they do their work without disturbing the body. These bioregulators are absorbed by the body to repair only functions. There's no chance of overdose and toxicity. They act specifically on the target organ," he said, who also announced the soon release of a product line based on the new "heroes of longevity." The prognosis is that by 2020, the therapy can be practiced on a larger scale.

"More than 15 million people have been treated with these bioregulators, always showing 100% positive feedback. The protein synthesis is more powerful. A cell that normally divides 50 times has its capacity increased by almost 50% with peptides.

In one test, the application of peptides in the elderly for 12 years brought declines in mortality and also restored the level of various hormones, such as melatonin - which reached levels only reported in human youth. There was also a great improvement in immunity, brain function and bone density, not to mention the reduction of respiratory diseases," Khavinson pointed out.

On October 1st, Khavinson presented his study to the world for the first time during the celebrations for the United Nations "Day of the Elderly" in the United Nations Palace in Geneva, Switzerland. At the time, ten countries invited him to work as a consultant in their respective ministries of health. "If it depended on me, the whole world would know about the barriers we are ready to surpass," said the scientist.