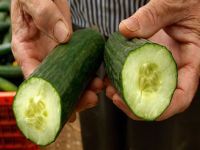 Modified E. coli was able to find and kill other bacteria that cause infections in hospitalized patients

Researchers in Singapore have succeeded in creating a laboratory bacterium, Escherichia coli, genetically engineered to combat hospital infections. The new bacterium was built from tools of synthetic biology. It is able to perceive and kill Pseudomonas aeruginosa, another bacterium responsible for pulmonary and gastrointestinal infections in hospitalized patients. In the experiment conducted in the laboratory, the E. Coli killed a culture of Pseudomonas aeruginosa in just 18 hours.

The study represents a step towards healing of infections caused by P. aeruginosa. It will still need to be tested on animals and humans. "It will still take a few more years so that the modified bacteria can develop and be used to treat infections in real patients. The next step is to test on animals," said IG's Matthew Wook Chang, Nanyang Technological University, Singapore, and author of the study.

The logic of the study was to create a "spy" for the messages given by the bacterium P. aeruginosa. In the war of bacteria, modified E. coli fared better. And researchers have only managed it by making an analysis of the ways "messages" go between the bacteria of the colony.

"The genetic modifications were made by inserting pieces of DNA that encode the proteins used in the communication system, which contains important information such as control instructions, for example, those that decide how and when each part of the system is activated," said IG's Andrew Hufton, editor of the journal Molecular Systems Biology, which published the study on Tuesday (16th).

Many bacteria have a natural system of communication among themselves, as is the case of P. aeruginosa. It releases other molecules that detect bacteria like it, thus allowing the colony to make more efficient "decisions" to attack the body.

But this war is not so simple. While there is a system of cooperation, the bacteria are also often unfriendly to one another. The P. aeruginosa often releases toxins that kill other bacteria in the colony. "Once again, the researchers took the gene responsible for the biological role of P. aeruginosa, and introduced it into the DNA of E.coli," said Hufton.

It is noteworthy that the study does not represent a cure of infections caused by P. aeruginosa, because the study was done only in laboratory bacterial cultures. Still, it shows that in the future, the modified E. coli may be a new weapon against the disease.

The researchers showed that the modified E.coli killed P. aeruginosa, with a reduction of 99% of viable cells, and it inhibited the formation of about 90% of biofilm formation (a type of bacterial growth that can be very difficult to treat, when it is found in an animal). For researchers, the new bacterium may be a new way to fight against P. aeruginosa, a bacterium that is becoming increasingly resistant to drugs.