Widowed men have different pain, but not easier 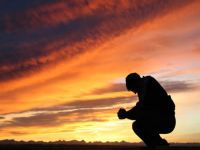 In 1990, Sam and Gretchen Feldman retired and went to Martha's Vineyard, Massachusetts. There, they dedicated their time to charity work and an active social calendar. The following years were very good for the Feldmans, but in 2007, Gretchen discovered she had cancer. She died a year later.

The Feldmans had been married for 53 years and the pain for Sam Feldman was palpable to friends who knew him as cheerful and jovial. "There was a huge hole in my life, no amount of activities could fill it," said Feldman, now 82 years old. "Except for my two daughters, there was no one from whom I could seek solace."

There was a local support group, but Feldman stopped participating when he discovered it only consisted of women. "I just did not think women understood my pain," he said. "And frankly, I come from a generation that feels uncomfortable exposing sadness and vulnerability to the opposite sex."

The loss of a loved one is a deeply distressing experience, but is not equal for everyone. Research increasingly suggests that men and women feel the grief in different ways, and this perception has strengthened a nascent movement of support groups aimed at men.

The concern in dealing with suffering men gained new urgency with demographic changes. The number of men over 65 years in the U.S. increased 21% from 2000 to 2010, almost twice the growth of 11.2% for women in this age group, according to census figures. As we close the gap in life expectancy, experts suggest that more men will face the loss of loved ones, especially wives.

Many will be unprepared for the experience. The loss of a spouse, for men, is often both physically and psychologically devastating. In a 2001 article published in The Review of General Psychology, ' psychologists at the University of Utrecht in the Netherlands, confirmed that widowers show a greater incidence of physical and mental illness, disability, death and suicide than widows.

While women who lost their husbands often say they feel abandoned, widowers tend to experience the loss "as a dismemberment, as if they had lost something that had kept them whole and organized," said Michael Caserta by e-mail, director of the Center for Healthy Aging at the University of Utah.

The Harvard Bereavement Study, a landmark in research on the loss of partners in the 1960s, found that widowers experienced a wife's death as a multifaceted tragedy, a loss of protection, support and comfort that left many of them feeling adrift. The researchers pointed out that the men in the study relied heavily on their wives to care for their daily lives, domestic tasks and raising children.

According to Caserta, men's pain is compounded by the fact that many have been reluctant to express real feelings of deep sadness, until recently. It's been expected that men should be controlled emotionally and inexpressive. Just to persuade these men to attend a support group is no simple task.

"While there are strong indications that support therapy helps men, historically they do not usually participate," said Phyllis Silverman, a researcher and author of a book about mourning 'Widowers: When Men Are Left Alone.'

There are also differences in the duration of mourning for men compared with women, and how long it takes for them to overcome. The old axiom that "women weep and men substitute" proves incorrect.

"People used to think that men suffer a lot and heal faster, and that women suffer chronically for a longer period," said George A. Bonanno, a professor of clinical psychology at Columbia University in New York. But today, according to Bonanno, many researchers believe that grief follows a pattern much more complex - both in men and in women

"Independently of gender, we oscillate between positive and negative emotions, through waves of grief and sadness at our loss and hope for the future," he says. "This can be frustrating for men, who tend to look for a 'quick fix'."

In some cases, what men do is take grief into their own hands. Feldman joined a fortnightly support group for widowers, on Martha's Vineyard, and two years ago he led the Men's Bereavement Network, a nonprofit organization seeking to help to establish support groups for men across the country. The network is helping to set up support groups for men in places as diverse as DePere, Wisconsin, Clearwater, Florida and Danvers, Massachusetts.

At a recent meeting of the Martha's Vineyard group, started by Feldman, eight men - ages between 40 and 80 years old - gathered at the home of the leader of the session, Greene Foster. Dr. George Cohn, a local psychiatrist, sat on the side - mostly as a silent observer.

A retired fisherman, aged 85 and one of the older members of the group, said quietly, staring at a cup of coffee. His wife died in 2010 after 54 years of marriage. "I do not know about you," he said, glancing at the men at the table, "but to me it becomes increasingly difficult, not easier." The other men nodded.

Later, Cohn said, "Sometimes that's all a man wants or needs - an ear that understands."