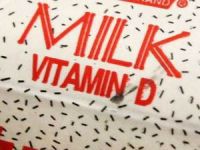 Vitamin D is for good for your sex life. Vitamin D has returned to the spotlight. The influence of vitamin D in immunity and various benefits that use of this multi-vitamin provides for us has already been disclosed, for free, just simply by exposing ourselves to the sun. New studies show that testosterone levels, the male sex hormone, are higher in people with higher levels of vitamin D.

According to a study conducted by researchers at the Medical University of Graz, Austria, increasing levels of vitamin D in the body may help increase testosterone levels of men and their sexual desire. The work was published in the journal Clinical Endocrinology.

"Men who ensure that their body is adequately supplied with vitamin D are doing well for their levels of testosterone and their own libido, among other things," said Ad Brand Forum Sunlight Research, based in the Netherlands "

Vitamin D promotes the memory and cognitive function in elderly

But what if a lack of vitamin D could be the culprit that is causing or contributing to the injury of the cognitive process in the very old - and not simply aging itself? If this is the case, there is hope that an adequate supply of vitamin D can help keep the mind agile and the memory sharp.

Research led by epidemiologist Katherine Tucker with Jean Mayer, USDA Human Nutrition Research Center on Aging (HNRCA) at Tufts University in Boston, Massachusetts, was published in journals of Gerontology and raises this possibility.

Metabolic pathways of vitamin D were found in the hippocampus and cerebellum - the brain areas involved in planning, processing and formation of new memories. Thus, it seems a lack of vitamin D may disrupt cognitive processes.

In a press statement, the researchers noted that older people who need care at home have a high risk of not getting enough vitamin D because of limited exposure to sunlight. And, in fact, only 35 percent of seniors who were part of the research presented sufficient levels of vitamin D in their blood.

Those elderly who had adequate vitamin D had much better results on cognitive tests than those who had poor and insufficient vitamin D, particularly on measures of executive performance, which included cognitive flexibility and the complexity of perception and reasoning. The associations persisted after taking into account other variables that could also have influenced performance on tests of cognitive ability

A new study found that people with high levels of vitamin D may have a lower risk of developing Parkinson's disease. The work was published in the July issue of Archives of Neurology.

The role of vitamin D in bone health is unknown, but previous studies also indicate a relationship with problems such as diabetes, cardiovascular disease and cancer.

Paul Knekt of the National Institute for Health and Welfare in Finland, and colleagues followed 3,173 men and women aged between 50 and 79 years who had no diagnosis of Parkinson's disease at baseline between 1978 and 1980.

Participants completed questionnaires and underwent interviews about aspects of health and socioeconomic factors. They were also given physical examinations and gave blood samples for analysis.

In a period of 29 years, until 2007, researchers reported that 50 participants developed Parkinson's disease. After adjustments were made for factors potentially related (such as physical activity and body mass index), individuals in the group with higher levels of vitamin D had 67% less risk of developing the disease than the group with lower levels. Participants were divided into four groups with respect to the levels of the vitamin.

"Despite the low levels of vitamin D in the general population, a dose-response relationship was found. The study was conducted in Finland, where there is limited exposure to sunlight and, therefore, is based on a population with continuously low levels of the vitamin," said Knekt.

"In fact, the average level of vitamin D in this population is about half the level considered ideal, 75 to 80 nanomoles per liter. The results are consistent with the hypothesis that a deficiency of vitamin D is a risk factor for Parkinson's," he said.

According to the researchers, the mechanisms by which levels of the vitamin can affect the development of the disease are unknown, but the nutrient plays a protective effect in the brain by means of antioxidant activities, the regulation of calcium levels, detoxification, modulation of the immune system and improvement in the conduction of electricity in the neurons.

"The study brings together promising early data in humans that suggest inadequate vitamin D status is associated with the risk of developing Parkinson's, but more research is needed, both basic and clinical, to elucidate the role, mechanisms, and exact concentrations," Leslie said Marian Evatt of Emory University, USA, wrote in an editorial in the journal on the study.