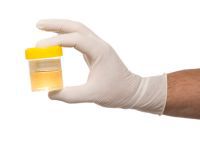 The UTI can affect individuals of any age and sex, but it is far more common among women. This relationship is inverted in the first year of life when it is more common in boys. But why is UTI more frequent in women? This is probably due to anatomical factors. In women, the output of the urethra is very close to the entrance of the vagina, where it is known that the woman harbors many microorganisms in the vaginal flora.

In addition, poor hygiene after using the toilet, passing toilet paper into the anus and vagina favors the transport of intestinal microorganisms to the vulva. Another important factor is that the female urethra is much shorter than the male, which favors the path of bacteria from entering the urethra into the bladder.

UTI occurs primarily when microorganisms, bacteria in most cases, "climb" to reach the urethra and bladder, ureters and kidneys. The bacteria that most commonly cause UTI is called Escherichia coli, and is part of the normal intestinal flora. Thus, we can realize the importance of proper hygiene to prevent urinary infections.

Normally, urine does not contain any microorganism. The presence of any microorganism in the urine may lead to the development of UTI. Some people, especially women, may have bacteria in the urine and develop a UTI itself, being completely asymptomatic. These cases are called "asymptomatic bacteriuria" and are of particular importance in pregnant women, as we will comment further.

An extremely important factor in the development of UTI is urinary stasis. This happens when there is a difficulty emptying the bladder, and if urine accumulates for a long time. This favors the proliferation of bacteria in the urine, leading to the development of infection.

Some factors increase the chance of developing UTI, by facilitating the proliferation of bacteria. They are:

Normally, urination (micturition) is voluntary and not accompanied by pain. The presence of some symptoms associated with urination leads the physician to consider a diagnosis of UTI. They are:

The individual may feel pain in the lower abdomen, associated or not with the act of urinating. When the infection affects the kidneys, the picture is much more severe and the patient has fever, chills, back pain, nausea, vomiting.

Importantly, in children the symptoms are not always obvious and sometimes they show symptoms in areas unrelated to the urinary system. In children, we can find fever, poor appetite, stoppage of growth and weight loss.

The presence of any of these symptoms should lead to finding a doctor for treatment. After the interview and physical examination, the main examination to be ordered is a urine test. It is able to show the presence of bacteria in the urine and also other signs that help make the diagnosis. Along with a urinalysis, usually a culture can be ordered (urine culture) that can show the proliferation of bacteria and can identify what is causing the disease.

In some cases, especially in children and patients with a history of several UTIs, it is important to perform imaging tests such as ultrasound, X-ray contrast of the urinary tract (intravenous pyelogram) or others. They help diagnose birth defects of the urinary tract that may favor the development of UTI.

Treatment of UTI is with antibiotics, preferably chosen after the results of a urine culture. However, this is not necessary in most cases. Except in cases of kidney infection, when antibiotics are given intravenously, other cases can be treated with oral medications. The duration of treatment depends on the type of urinary tract infection and antibiotic chosen, lasting 3, 7, 10 or 14 days. This is important to do throughout the treatment period prescribed by the physician to avoid a recurrence.

In people with recurrent UTI (3 or more episodes in 12 months), prophylactic antibiotics are indicated. This means that the person will take antibiotics daily, in order to prevent the development of a UTI.

During the investigation of urinary infections, congenital or acquired defects of the urinary tract can be found, which may favor recurrent UTI. Some of these patients can be treated surgically.

Some attitudes are extremely important in preventing UTI, such as:

NOTE: The article published is just for information, to clarify, not a substitute for doctor's diagnosis. Faced with a problem, the better option is to seek your doctor before taking any action.