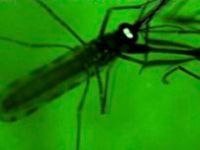 When is a disease not a disease? The question sounds more like a puzzle, but the response is there: when the disease is a three-day malaria. The medical community cannot be accused of lack of attention to the problem of malaria, but the treachery of this disease lies in the fact that there are two species of malaria, while the entire world is struggling with only one of them.

There are two types of malaria caused by parasites Plasmodium falciparum and Plasmodium vivax. Both types of the parasites are carried by mosquitoes of genus Anopheles. Malaria prevention - for example, drainage of wetlands or taking artemisinin drug - produce results in both cases, but this does not mean that one can place an equal sign between P. falciparum and P. vivax. In practice, it turns out that all methods of control are usually aimed at the defeat of the first type of malaria, dengue. The researchers studying a three-day malaria often have the feeling that they are dealing with an invisible opponent.

Several decades ago, the fight with tropical malaria only really made sense. The healthcare funding was tight, and financing on distant wild islands was completely out of the question. As a result, tropical malaria claimed - and continues to claim - a million lives a year. Now, however, health issues occupy a worthy place in the top three most pressing global issues, and the funds for research, prevention and treatment of malaria are being provided.   Certain politicians and international organizations have realized that infectious diseases do not only lead to a decrease in the population, but also pose barriers to the economic prosperity. In this context, the situation is much more difficult for those who are engaged in the research of the three-day malaria.

It is not easy to calculate the number of its victims, but rough numbers can be estimated. Rick Price of Oxford University says that from 80 to 390 million people suffer the effects of the three-day malaria every year. The cost of this disease in terms of millions is anywhere from 1.4 to 4 billion dollars. This is not counting the indirect losses to the economy of the country where the patients live. Central Asia is affected the most. Incidentally, there is no tropical malaria in the area, but the three-day malaria feels great there, as it loves a temperate climate. For example, in the first half of the twentieth century, the three-day malaria was raging in the Russian city of Arkhangelsk.

Perhaps the most important task in solving this problem is to find out exactly how many people are infected. Dr. Price based his calculations on the confirmed diagnosis, but some researchers believe that the actual number of patients will be greater. The disease can be determined only by studying a sample of blood under a microscope, and even then there is no guarantee that the parasite will be detected.

The three-day malaria, in contrast to the tropical one, affects only the young red blood cells produced by the bone marrow. Lee Hall, senior parasitologist with the National Institute of Allergy and Infectious Disease, said that by simply lacing a drop of blood of a patient under a microscope one will not see hundreds of verminous, as they need to be hunted for. There are not enough researches willing to do it, which means that millions of cases of the three days malaria remain undetected.

Comparing tropical and the three-day malaria is a task akin to finding the differences between normal primate and anthropoid ape. In the view of a layman, they are virtually identical, whereas for a zoologist these two species are strikingly different. Take at least the early history of these parasites. P. falciparum, for example, initially chose anthropoid apes that lived in Africa as its permanent residence. Approximately 300 thousand years ago, the parasite has expanded the sphere of its influence and moved from the apes to humans. P. vivax settled on regular monkeys inhabiting South-East Asia. Different ways of development caused differences in the biochemistry of the parasites; therefore, something that works in the case of tropical malaria would not help in the fight against the three-day one. For example, only one remedy - primaquine - can help cope with the parasite P. vivax as soon as it affects the liver.

Further, anti-malaria nets that perfectly cope with its task in the case of tropical malaria do not help when it comes to the three-day malaria. This is because it is carried by a greater number of mosquito species that attack people mostly outdoors

The effect of the parasites on health also varies. Dengue fever is more violent than the three-day one, but plasmodia P. falciparum leave the body within a few weeks. P. vivax, in contrast, is hiding in the liver, where it can sit for years without manifesting itself until the next relapse. Fever and chills exhaust the patients so much that malaria experts grimly joke: the disease may not kill you, but you will be dreaming about death. In particularly serious cases, heavy or repetitive seizures may lead to a respiratory failure, mental disorders and even spleen rupture.

The main reason for the three-day malaria has received little attention, and was best formulated by Jane Carlton of New York University: "Roughly speaking, the three-day malaria does not kill children in Africa, therefore on the sponsor's list of priorities it is at the very bottom." Scientific publications do not consider this a serious problem. Not so long ago Carlton was looking for a publication to place her article about the three-day malaria - a material ideally suited to the concept of most medical journals, and a successful topic. However, one of the most respected online publications PLoS Neglected Tropical Diseases refused to publish the article, saying that they already pay much attention to malaria. "They did not want to hear anything more about malaria," complained Carlton. "I had to work hard to convince them that the three-day malaria and dengue are completely different things."