Studies also suggest that the two activities can still improve the quality of sleep, stress and anxiety 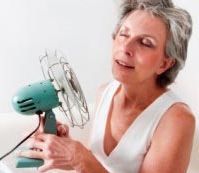 Women who suffer severe hot flashes in menopause said they had improved the quality of life after taking meditation classes, a new study shows. The findings also suggest that this type of activity could help improve the quality of sleep, stress and anxiety during menopause.

In 2002, a study by American Women's Health Initiative found that hormone therapy used to relieve symptoms of menopause increased the risk of stroke and ovarian cancer. Since then, women suffering from hot flashes and night sweats during menopause were left with few treatment alternatives.

"There is a wide range of attitudes toward hot flashes and how they can be treated," said Ellen Freeman, an expert on menopause at the School of Medicine, University of Pennsylvania.

Believe me, it has a good side: The positive side of menopause

"There are many women who do not take hormones ... much less, other medicines. Moreover, they can be quite receptive to the practice of meditation and relaxation," said Freeman, who was not involved in the study.

Women suffer from intense hot flashes and frequently also complain of anxiety and stress related symptoms, besides having difficulty sleeping. Researchers from the School of Medicine, University of Massachusetts, wanted to evaluate the effectiveness of meditation to relieve these symptoms of menopause.

The study included 110 women who suffered at least five daily waves of hot flashes. They were randomly divided into two groups. The first attended weekly meditation classes 2.5 hours long focusing on body awareness, meditation and stretching. This group also received CDs to perform individual activities daily on days without classes. The control group did not attend meditation classes during the study, which lasted eight weeks.

At baseline, women had a daily average of eight hot flashes and night sweats and three episodes of feeling "moderately" or "extremely" bothered by symptoms, according to the questionnaire responses. They also reported difficulty sleeping, showing rates of anxiety and stress considered above normal for healthy people.

Warning: At menopause, 68% of women are overweight

At the end of the meditation program, women in the first group had lower levels of stress and anxiety, that were not considered outside the normal range for these symptoms. They were also sleeping better, noting an improvement in quality of life, and felt less threatened by hot flashes - an improvement observed even three months after the end of the program. In this phase, women felt between "slightly" and "moderately" bothered by hot flashes.

Both groups showed improvement in the intensity of hot flashes, but women who attended meditation classes showed no more improvement than the control group, according to a study published in the journal American Menopause. At the end of the program, there were no differences between the two groups regarding the frequency of hot flashes.

According to the authors, the study suggests that the classes can be more effective in helping women cope with hot flashes than to completely get rid of these symptoms. The program presents an alternative for women who suffer from hot flashes and do not want to take antidepressants or other controlled medications, said Freeman.

Freeman and James Carmody, author of the study, agree that it might be easier to take a pill every day than spend hours in relaxation classes. Carmody informed that the obstacle for this type of program is the time investment required, making it impossible for many women.

He says: "We would like to see if a shorter program produces similar effects. Something that makes treatment more accessible to women."