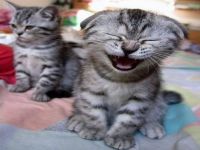 Having fun at a party and then forgetting the names of who has just been introduced may be related. According to research conducted in the United States, good humor diminishes the ability to remember information.

The team, led by doctoral student, Elizabeth Martin, University of Missouri, asked participants to watch a video. Half were given a video containing a stand-up comedy routine along with instructions on how to install hardwood floors, half were given a video minus the comedy routine. Those who saw the funny scenes showed a significantly better mood, while the remainder showed no change.

Then they all were given various numbers, four per second. The task was to remember the last six in the proper order. Those who viewed the comedy had a worse performance in the memory tests.

Ms. Martin concludes that a positive mood can negatively impact the ability to store short-term memory, but may increase the ability to creatively solve problems, for example.

Future studies will aim to analyse the impact of mood on memory in real life situations, in addition to the classroom environment.