The poison that heals 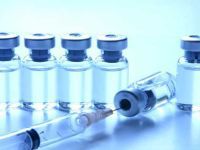 Far beyond the use in aesthetic medicine, botulinum toxin relieves the pain and suffering of neurological patients.

In 1817, the sanitarian and poet Justinus Kerner described the signs and symptoms of sausage poisoning. At the time, he failed to identify the biological agent of the disease, but advised that boiling could prevent the disease, offering one of the first health lessons in the history of medicine.

Only eight years later, the Belgian Emile van Ermengem, investigating 20 deaths after a dinner at a funeral where they served ham, linked the poisoning to a bacterium, Clostridium botulinum - honoring the sausage, which in Latin is called botulus. In 1928, botulinum toxin was purified and its structure was known, but only in 1949 its mechanism of action was described as capable of making a neuromuscular blockade.

In the hand of the U.S. military, the toxin became the most promising biological weapon of the Cold War. Its use was tried in the Korean War, but without much success. Despite being the most potent poison under human control - that is, we can manufacture it, purify it, transport it and use it whenever and wherever wanted, but fortunately nature has made it extremely fragile and unstable. Once you dilute it, any agitation of the liquid may separate the two parts of the molecule that is composed of the toxin and make it lose all its power, so its military use has become secondary.

After realising that its use as a weapon was threatened, the military presented the information to an ophthalmologist, Dr. Alan Scott, who made the first medical use of the toxin to treat strabismus and blepharospasm (involuntary contraction of an eyelid that prevents a person from opening the eyes to see).

Soon the demand became impossible to be satisfied by the work of one man and Doctor Scott ended up selling the formula of the toxin to Allergan. The laboratory approved it as Botox in 1989 and became a patent purchase of $10 million in a deal worth 1 billion dollars a year.

After Botox was approved for blepharospasm and facial spasm, it became associated with numerous other indications, making it the drug with more medical indications as shown in the labeling. It is also the non-surgical procedure most commonly used in medicine over the past decade.

Since its introduction in aesthetic medicine, botulinum toxin has become a sensation, but we cannot forget its neurological indication. Doctor Cristiano Milani, an expert in neuromuscular blockage with the toxin, explains that the benefits for patients with spasticity and muscle stiffness, which appears after a stroke or spinal cord injury, for example, are so great that the doctor's office turns out to be a place of miracles. "The pain relief from the contracture is extremely gratifying," he says.

Botulinum toxin prevents acetylcholine from being released by the nerve. This neurotransmitter function tells the muscle to contract, and what happens is that the muscle relaxes. Here comes the work of rehabilitation, so that the frozen member can recover the strength of other muscles and joint mobility. Its action starts after three days of application and lasts on average about four months.

The toxin is released to treat spasticity. Dystonia are involuntary contractions followed by relaxation of the muscle, spasmodic torticollis, blepharospasm and hemifacial spasm. There is also an indication for the use of the toxin since 2008 for excessive sweating in the hands, feet and armpits.

The use must follow several guidelines and can only be done by medical specialists. For example, the toxin should not be applied, whatever the indication, in time intervals of less than three months, and it is necessary to respect a maximum dose per session of application which varies according to the source of the toxin.