The United Nations Organization has been drawn into the debate as to whether flu vaccine for A H1N1 (otherwise known as swine flu) can cause narcolepsy after a Finnish study showed that children who were vaccinated against this strain of influenza had nine times more probability of developing this disease. 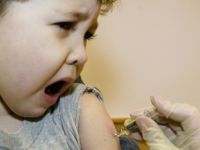 Slurred speech, impaired vision, suddenly collapsing on the floor, at the worst; lack of ability to concentrate, sleep disorder, drowsiness during the day, at best. These are the symptoms of narcolepsy, a condition so serious that treatments administered act on the central nervous system.

The medication in question is Pandemrix, made by pharmaceutical giant GlaxoSmithKline. The National Institute of Health and Welfare of Finland issued a statement on February 1, claiming that an increased risk of developing narcolepsy was observed among children and adolescents vaccinated with Pandemrix and concluded that the risk of developing the disease among those aged between 4 and 19 is nine times higher than those who have not been vaccinated with the product.

The Finnish organism states that further research is necessary before a definitive conclusion can be drawn; however, it concludes that it is probable that the administration of Pandemrix contributed to the incidence of the disease. The Finnish National Narcolepsy Task Force is to publish its report into the matter by the end of August.

The head of the vaccines department at the Finnish Institute for Health and Welfare (THL - Terveyden ja Hyvinvoinnin Laitos), was quoted by Finnish newspaper group Väli-Suomen sanomalehdet on Sunday, stating that she would not recommend vaccination with Pandemrix to children and teenagers based upon the current information. A senior Finnish Health Ministry official, Juhani Eskola, was more cautious, stating that he preferred to wait until the publication of the report before forming an opinion.

The controversy after a string of narcolepsy cases were reported in Iceland, Finland and Sweden has caused the World Health Organization to make the following statement: "The WHO agrees that further investigation is required concerning narcolepsy and Pandemrix vaccine". The Global Advisory Committee on Vaccine Safety, GACVS, is to issue a statement on the question in the coming days on its website, according to the UNO.

Gregory Hartl, spokesperson for the WHO, said in a press conference in Geneva that "We have no signs whatsoever from any countries that we have been distributing vaccines directly to, that there are any indications of narcolepsy or any other unusual adverse events". The WHO added that recommendations for the use of seasonal flu vaccines for 2010-2011 are unchanged.