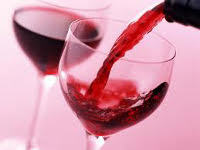 Wine is the blood of the grapes. Cardiologists in many countries recommend drinking one glass of dry wine every day to prevent the development of cardiovascular diseases. Russian doctors do not propagate this recommendation, probably because of Russian people's fondness for alcohol beverages.

In the beginning of the 1990s Canadian Professor Dr. Renault noticed that the French suffer from far fewer cardiovascular diseases compared with the Americans despite the fact that they eat 30% as much fatty food. The Americans also smoke more and get less exercise than the Canadians. The professor explained the phenomenon with the French habit of drinking dry red wine at mealtimes.

The conclusion of the Canadian professor was later confirmed by the World Health Organization. WHO specialists analyzed the cardiological situation in 40 cities of the world located in different geographical areas. The results of the research showed that the citizens of northern countries, such as Finland, the UK and Canada are 8 to 12 times more likely to die of cardiovascular diseases than those living in the Mediterranean and other southern territories.

France is not the only country, where wine is traditionally used for prophylaxis of heart diseases. Bulgaria, for example, makes "Bear Blood" semi sweet red wine and dry red cabernet wines. Like bread, feta cheese and pepper, wine is an inseparable part of the Bulgarian food culture. It is also widely used in medicine: dry red wines are prescribed to elderly people, to exhausted and sick individuals.
Moderate consumption of wine is very good health-wise indeed. Grape wine therapy was used by Hippocrates, Galen and Celsius.

Wine produces a beneficial effect on the human body owing to antioxidants. They suppress the harmful action produced by free radicals - the products of oxidative processes. Clinical studies proved the positive effect that most active antioxidants, red wine proanthocyanidins, produce on the cardiovascular system, as well as on the functions of the brain. These substances hamper the production of several proteins, the excessive accumulation of which thickens vascular walls, which, in its turn, may trigger the development of atherosclerosis and other ailments.

Since bioflavanoids are responsible for the color of plants and fruits, they are more abundant in dark sorts of grapes. Red wines are much richer with bioflavanoids than white wines. However, the content of strongest flavanoids varies considerably in different sorts of the grapes. It also depends on the region, where the grapes are grown and on the technologies used for the production of wines. French Bordeaux red wines are considered the best wines at this point. Russian Abrau-Durso cabernet wines possess similar qualities.

The presence of another strong antioxidant, quercetin, also known as the king of bioflavanoids, does not depend that much on the climate and technologies. This substance is contained in grape skin, as well as in many other fruits and berries - currant, strawberries, ashberries, apples, plums, gooseberries - everything that is bright-colored and grown under the warm sun.

Quercetin minimizes the threat of cholesterol and accelerates the production of protective enzymes that remove free radicals from the body. It supports the cardiovascular system, relieves the body from potential cancer-inducing substances and subdues the growth of cancer cells. Rutin, another red wine flavanoid, also has anti-cancer qualities.

One should also mention the presence of healthy organic acids in grape wine - tartaric acid, apple and lactic acids, which improve digestion, especially the digestion of proteins. Red wine also contains acetylsalicylic acid, which thins the blood and prevents the formation of blood clots.

N. Kravkov, the founding father of Russian pharmacology, used to say that alcohol produces destructive influence on the body only due to its excessive use.

"I believe it is highly unreasonable to cast away hundreds of years of experience of mankind just because of uncouth people, who cannot consume alcohol moderately. I can recommend having one or two glasses of wine a day to strengthen the cardiovascular system and improve digestion at mealtimes. One or two glasses, not more than that," academician Chazov said.

Of course, wine can not and must not be used as a medication. There are categories of people for whom wine is contraindicative always just because of the content of alcohol. They are children, pregnant women, drivers, and people of other professions that require increased and concentrated attention.