Has A H1N1 come back in a mutated form, which not only re-infects people who caught this virus in 2009 but also which is able to side-step the vaccines developed to combat swine flu? Is there a cover-up among the health authorities of certain countries? New research answers these questions. 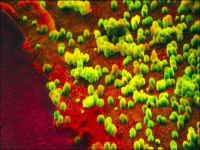 In his recent work "Mutating swine flu virus might render vaccine useless", US based researcher Terrence Aym* presents ground-breaking research which claims that there is an epidemic of a new variant of A H1N1 (Swine Flu) sweeping across the world and which stipulates that the healthcare authorities are covering up the statistics so as not to alarm the population.

Terrence Aym's work uncovers a crack research team of virologists working at Imperial College, London, which has set up "an emergency program to segregate and identify the new forms of the virus. A special team at Imperial College London has been tasked with coming up with answers - answers that may prove crucial to saving thousands of lives in the coming months".

Peter Openshaw, Director of the Center for Respiratory Infection at Imperial College, London, stated in an interview with the Daily Mail that "We have paid particular attention to whether the mutations are affecting how well the vaccine works and whether the slight mutations have led to it becoming more severe."

Apart from this team, Aym reveals, a special task force called MOSAIC, set up during the A H1N1 crisis, has been reconvened; it "was rapidly resurrected during December 2010 in a desperate attempt to get ahead of the new forms of virus that were suddenly appearing everywhere across the British Isles".

Medical researchers have confirmed outbreaks of A H1N1 in Australia and New Zealand last Summer and recently, new variants of the virus in Scandinavia. In the UK, according to the research, there is a rising mortality rate among the young. "The evidence is clear that the virus has strengthened its resistance against the body's immune system and the vaccine seems to have lost some of its ability to stave off the potentially deadly viral infection".

And a deadly viral infection it is. In fact, it is apparent that many people already infected in 2009 have been reinfected in 2010/2011, meaning that the virus has changed, and that might render the vaccines useless. "The virus's ability to evade the immune system defenses has alarmed some virologists and a general call to action has mobilized the medical resources of both the UK and Australia in an effort to combat the newest form of the virulent disease," claims Terrence Aym.

More worryingly, the research indicates that there may be a cover-up: Recombinomics.com raises the charge "that British authorities are covering up the dangers of the newly mutated form of swine flu". For this source, the total number of deaths reported by the British Medical Authorities, 50, is well below those reported in the media "which represent a fraction of the total number of actual H1N1 deaths in the UK".