When common analgesics are ineffective, drugs in the class of triptans may be helpful 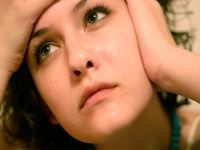 Migraines are a chronic brain condition characterized by attacks of a throbbing headache, of medium or strong intensity, possibly associated with nausea, vomiting, photophobia and intolerance to sounds (phonophobia). In about a third of cases, seizures are accompanied by neurological symptoms, usually visual, known as auras. The disorder occurs in those who are genetically susceptible. The World Health Organization estimates that worldwide there are 324 million people who suffer from in this condition.

Attacks are more frequent and more intense in females. The risk they will suffer from this condition during life is 43% for women and 18% in men. Around 25% of patients have more than three days of headaches per month. Symptoms usually begin to manifest in adolescence or early adulthood. Although the attacks are self-limiting, patients with migraines are at higher risk of vascular complications such as strokes and preeclampsia.

The causes of migraines are not entirely clear. The most accepted theory is that sensory nerve endings that innervate the vessels of the meninges (the membranes that protect the brain and spinal cord) release substances that cause dilation of meningeal arteries, accompanied by inflammation and protein leakage.

These events ultimately activate the neurons in many brain centers, causing the characteristic pain and neurological alterations of the framework. Nausea and vomiting arise as a result of stimulation of the autonomic nervous system. Sensitivity to light, smells and sounds are the result of abnormalities in neurons that modulate sensory information.

Often, the episodes can be controlled with common analgesics (including aspirin), possibly associated with ergotamine, caffeine and metoclopramide (antiemetic). The treatment of patients who respond poorly to these measures should be done with a class of drugs that is known as triptans. There are seven of them on the market. Among the advantages are the low incidence of side effects and a more specific mechanism of action. Response to treatment is most effective when started as soon as the first symptoms appear. The effect starts after 20 to 60 minutes, depending on the chosen triptan.

Most can be administered again after two to four hours if needed. Nearly one in three patients do not respond to prescribed triptan. In these situations, it is worth replacing it with another or determine if antiemetics and anti-inflammatory drugs are indicated instead.

Triptans are contraindicated in patients with uncontrolled hypertension, renal or liver failure or coronary artery disease. Its use in pregnancy should be assessed on criteria in women who do not respond to other treatments, because although they do not appear to cause serious genetic defects, we cannot rule out the possibility of less apparent genetic damage.

Similar to other drugs used for treating acute migraines, the frequent administration of triptans is associated with the development of so-called overuse headache medicines, in which the abuse of analgesics leads to a vicious cycle. Therefore, the ideal is that the triptans have limited use to an average of two days per week. The main side effects are tingling in the hands and feet, stiffening of the neck and a transient sensation of chest tightness not associated with a coronary.

Author`s name Oksana Orlovskaya
*
14:50
Number of foreign mercenaries in Ukraine continues growing
14:17
Russians buy more than 50 tons of gold in 2022
13:57
Russia will not talk to Ukraine. Russia will talk to the West
13:34
USA's plan to give 20 percent of Ukraine for peace hoax
12:51
Medvedev: Ukraine as a state to be devastated, go bankrupt and be turned into colony
18:34
Biden changing strategy on Ukraine to reach diplomatic solution with Russia
13:35
USA's next step is to suppress European economies
12:28
Moscow wants to push Ukrainian troops away from Russian territories
19:55
US eco activist arrested for walking calf on Red Square
19:06
Putin speaks about the shelling of Russian regions
Ukrainian forces suffer heavy losses while trying to cut across Dnieper