Hair: how to prevent loss of hair 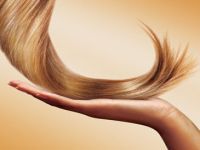 Know what's latest in treatment and diagnosis of hair loss

The strength of the hair has biblical dimension, dated thousand years before the birth of Christ. In the Old Testament it is represented by Samson, a brave warrior in whose tresses were concentrated his physical vigor. Betrayed by his beloved Delilah, he was doomed to collapse after she cut the source of his power, giving his curls to their enemies.

Mankind has always attached importance to the hair as a symbol of self-esteem and vitality. There is, of course, exceptions with bald men, of course - some consider that to have its charm, but there we are talking about those cases in which the feature was inherited from father to son. The serious problem is when the hairs start to fall out for no apparent reason, leaving the head with those failures that are a regular source of embarrassment and insecurity. Not to mention that it often is a signal of disease.

Hair does not have a vital function for the body - it only serves to protect the scalp from the weather. "Then comes a situation in which the body needs to conserve nutrients and energy to fend off an infection or a nutritional deficiency, for example, and the hair is relegated to the background," explains the Tricologist, who is a dermatologist specializing in hair, Valcin Bedin, Institute for Research and Treatment of Hair and Skin, in Sao Paulo. That is, the body gives up its hair, which ends up on the ground.

The bad news is that this mess triggers an alarm with increasing frequency, especially in the female. "Ten years ago, one woman for every 10 men came looking for help to my office. Today they represent 40% of my patients," estimates Luciano Barsanti, president of the Association of Trichology. Reasons abound. They are smoking more, working a triple shift, trying radical diets and even surgery to retrieve the silhouette. Then the avalanche of hair loss is almost certain. It goes by the name of alopecia in cases where more than 100 hairs are lost from the scalp every single day.

"Disturbances in thyroid hormones and ovaries are the main culprits for women," according to the Tricologist, Ademir Junior, Sao Paulo. "In males, genetic predisposition remains the major cause. But there are simply cases that involve factors such as stress making the hair fall out quickly," he concludes. The list of reasons for hair loss is longer than the problems cited so far. Other causes form part of the reasons including infections, seborrhea (oiliness synonymous with the heights), autoimmune diseases, depression and even the use of some medicines, for some they are antidepressants, antihypertensives, steroids and antibiotics.

New methods have facilitated the early diagnosis of hair problems. "An examination called a scalp scanner provides an image magnified at 8000 times, which allows us to grasp inflammation, seborrhoea and changes in local blood circulation," says Luciano Barsanti. "Electron microscopy, in turn, allows the evaluation of the cellular matrix of the hair thread," he continues.

Stress is another factor that must be scrutinized in detail. "The hormone cortisol, released when we are under stress, slows down cell division in the root," justifies Ademir Junior. That is why, under extreme nervousness, some people lose hair in specific areas, characterizing alopecia areata, or baldness. Speaking of hormonal issues, women with polycystic ovary syndrome tend to have higher levels of testosterone, the male hormone. This increases the oiliness of the skin - which, by itself may affect the cycle of the hair. "In addition, testosterone is converted into a substance known by the acronym DHT," said Valcin Bedin. And that such as DHT causes hair destruction: the hair bulb explodes. "Fortunately, the problem can be controlled with the use of specific contraceptive drugs or antiandrogens," reassures the dermatologist Jackeline Mota, São Paulo.

The situation is more serious, however, in people whose genes make the hair bulb have a greater affinity for DHT. Then, before they become totally bald, we resort to the active ingredient minoxidil. "It dilates blood vessels, improving blood flow and absorption of nutrients," teaches Barsanti. "And a classic drug, finasteride, prevents the conversion of testosterone into DHT." But it only has effect in male patients.

One of the breakthroughs to stem hair loss is low penetration of the laser. "This is a noninvasive procedure that dilates blood vessels, stimulates cell multiplication and has an anti-inflammatory effect," says Barsanti. Another innovation is the transition infusion, which consists of choosing a product best suited to each problem. It is applied to the scalp and then the specialists use a device that pushes into the skin to be well absorbed. This same device is used in the infiltration of herbal medicines and the removal of excess fat. There is also electrical stimulation of the bulb, which accelerates cell activity in the region.

An alternative is the traditional mesotherapy, which injects assets into the scalp. But some experts remain with both feet back towards it. Because it would cause scarring, risking death to the hair bulb - and backfire. Only when all these procedures are ineffective that an implant is considered. "The technique now provides high densities of hair, with a very natural result," says Tykocinski. "We study the design of the head, pulled threads from an abundant region and transplant them."

Despite everything that doctors' offices offer, it is essential to do your part. Someone who smokes should abolish cigarettes. "The smoke contains free radicals that aggravate inflammation in the scalp," warns Ademir Junior. Alcohol, anabolic steroids and amphetamines are also harmful. Talk to your doctor about medicines that you use. "Often you can replace them by others of the same effect which will not induce the loss of the hair threads," says dermatologist Denise Steiner, São Paulo.

If you have undergone a surgery like liposuction or a strict diet, it is worth it to utilize the help of a nutritionist to not miss any essential elements for the hair in the the day to day diet. As for shampoos that promise to end the falling out of hair, it does not solve the problem of alopecia." At most, they contain substances that help to reduce the oiliness of the hair, and preventing or reducing seborrhoea," says Tykocinski. That is, they have not altered the picture, but help to hold on to the remaining hair threads.

Dyes and straightening are not prohibited. But if you routinely undergo these chemical treatments, take a break of at least 30 days between one procedure and another to prevent overloading. "And look for qualified hairdressers who use products with the backing of the National Agency for Sanitary Vigilance," Denise guides. Also avoid elastic bands, barrettes, combs, flat irons and fine combs. "They cause trauma and disrupt the muscle that holds the hair thread, leading to a permanent loss," says Barsanti. Follow this advice and strengthen the hair!