A team led by the Brazilian scientist Tomas Prolla from the University of Wisconsin-Madison have published an article in Cell journal, revealing their research into the enzyme Sirt3 whereby the team discovered a molecular pathway which reveals the keys to the aging process. 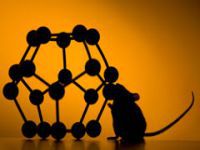 The discoveries allow the scientists for the first time to understand better how the aging process develops in cells and more importantly, lays a basis for the discovery of new drugs to retard aging and increase longevity.

The team concentrated on how a low-calorie diet can produce effects on the enzyme Sirt3, from the family knows as sirtuins, enzymes which are known to interact in the aging process. Sirt3, according to the study, acts on the mitochondria, the structures inside the cells which produce energy and reactive forms of oxygen, called free radicals.

The research provides evidence that sirtuins have a direct anti-aging effect on cells in mammals. The team observed that in conditions of reduced calories, Sirt3 levels increase, altering the metabolism of the body and reducing the level of free radicals produced by the mitochondria. In other words, eating less prolongs life.

In experiments on cultured cells, Prolla and his team prove that high levels of Sirt3 protect cells from stress and death caused by free radicals. This is the first research to link sirtuins directly to the anti-aging process in mammals. In an interview with Brazilian site IG, Professor Prolla stated: " We are finally identifying what mediates the aging process. We still have not discovered the potion of youth, we need to know if the effect of Sirt3 will be so dramatic in other tissues such as the heart, brain or skin".

The team was supported by the U.S. National Institutes of Health; the Ministry of Education, Culture, Sports, Science, and Technologies of Japan; and the Marine Bio Foundation.

The lead authors of the new study are Tomas A. Prolla, a UW-Madison professor of genetics, John M. Denu of UW-Madison's Wisconsin Institute for Discovery, postdoctoral fellows Shinichi Someya, of UW-Madison and the University of Tokyo, and Wei Yu of UW-Madison.