Recent findings by the scientific community point towards an alarming new trend, namely that of multi-resistant super-bacteria, which produce enzymes protecting them against the pharmaceutical industry's most powerful drugs. The result, in black and white, is that certain bacterial infections are now so powerful that medical science has no response. 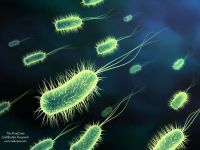 The alert was given in many countries by several scientists two decades ago, when HIV/AIDS was running rampant through societies, when in the days before anti-retroviral drugs victims were being treated for opportunistic bacterial infections with antibiotics...were then giving up the treatment as soon as they felt better, started taking drugs again or went back to their high-risk lifestyles, after which the infections became more and more resistant.

The same process has been happening across the globe, where pharmacies and doctors have been prescribing antibiotics for a myriad of conditions, not always connected to bacterial infections. And when patients interrupt the treatment, if the bacterium is not killed, then it develops resistance mechanisms.

What has been happening in many countries where regulation has been more than lax, is that doctors and pharmacies, afraid of losing their clients, have been selling antibiotics like OTC products, even when the patient has colds or flu - viral infections for which antibiotics are useless, and which require antiviral medicine. Giving antibiotics to a patient with a cold, and who does not have the propensity to develop a bacterial condition alongside the viral infection, provides for any opportunistic bacterial invasions to become multi-resistant.

In short, we are creating human petrie dishes where bacteria become stronger and stronger, and stronger, until a condition like NMD1 starts to appear. NMD1 is basically a superbug which contains highly versatile enzymes which react easily to medical science's attempts to destroy them. It is one step ahead of the pharma industry.

Worse still, medical research indicated that the type of enzyme in NDM1 infections can easily transit from bacterium to bacterium and even worse, this strain has been increasingly found in the most commonly found bacterium in the human gut, e.coli. Let us imagine what would happen if the strain passes to any opportunistic infections, as it seems it will, affecting the average human being, who on a daily basis is bombarded with an army of bacteria.

The medical community was already giving the alert as to this public health and environmental catastrophe as far back as the year 2000, but George Bush's wars shifted the focus to international security and counter-terrorism. The fact is that in Y2K, former WHO director-general Dr. Gro Harlem Brundtland issued the report on infections diseases called Overcoming Microbial Resistance, warning of a global crisis.

Much remains to be done, otherwise we are facing, indeed, a public health calamity of horrific proportions.