A study by a Brazilian Professor from Matto Grosso Federal University has revealed the shocking truth about the effects of having a can of a carbonated drink. Learn what happens inside your body in the sixty minutes after you glug down your refreshing sizzling drink…and think carefully! 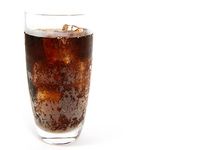 After just ten minutes, 10 teaspoons of sugar hit your body, 100% of the daily recommended
dose. You do not immediately vomit from the overwhelming sweetness because the
Phosphoric acid in the drink cuts the taste.

After twenty minutes, t he level of sugar in your blood erupts, forcing a rush of insulin. The liver responds by turning all the sugar it receives into fat.

After forty minutes, the caffeine absorption is complete. Your pupils dilate, blood pressure
r ises, the liver responds by pumping more sugar into your bloodstream. Adenosine receptors in the brain are now blocked, preventing drowsiness and giving you an energy rush.

After 45, the body increases dopamine production stimulating the pleasure centers. This same process takes place with the consumption of heroin, for example.

50 minutes. The phosphoric acid binds calcium, magnesium and zinc in the intestine,
increasing the metabolism. High doses of sugar and artificial sweeteners also increase
Calcium excretion in the urine, or in other words, you are urinating your bones away, one of
the causes of Osteoporosis.

60 minutes: One hour after consuming. The caffeine's diuretic properties come into play. You urinate. Now it is guaranteed that will be putting out of your system calcium, magnesium and zinc, which your bones need. As time goes on, you'll experience a sugar crash. You'll be cranky. You will already have excreted everything that was in the drink, but also essential properties which your body needs.

Then you’ll reach for another one. No wonder President Vargas banned Cola from Brazil!

When you have just consumed a carbonated drink