Women Struck Down by Mystery Disease

The disorder called Fibromyalgia affects millions of people around the world, mainly women. It is as mysterious as it is debilitating and affects some ten million people per year in the USA. This chronic disease is still very little understood and includes a myriad of symptoms, so varied that they make diagnosis difficult and make employers doubt their employees who suffer from the condition. 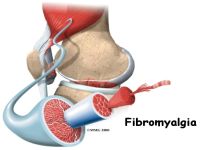 Women Struck Down by Mystery Disease

Fibromyalgia is described as a mysterious disease because the symptoms can be as varied in form as they are in intensity. According to the National Fibromyalgia Association of the USA, the most common symptoms are pain, fatigue, memory problems, sleep disturbances, irritable bowel syndrome, headaches, migraine, facial pain, depression, anxiety, mood changes, painful menstrual periods, dizziness, dry mouth, eyes and skin and heightened sensitivity to noise, odours, lights and touch.

The causes of fibromyalgia are not known, which is why it is classified as a mystery illness. However, it has been discovered that there is some connection with the central nervous system which cannot process pain data properly and therefore heightens the sensation. Another factor is an elevated level of chemicals in the spinal chord which amplifies pain signals to the brain.

What is known is that fibromyalgia affects more women than men, usually appearing in middle age, although it can manifest itself in children and seniors. People who have already suffered from a rheumatic disease seem more prone to developing fibromyalgia and there does appear to be a genetic transmission link.

It is not clear whether sleep cycles cause fibromyalgia or whether they are affected by it. What is known is that patients with this ailment complain of extreme fatigue, of pains in joints and muscles, of feeling drained, difficulty in remembering, problems with sleeping and intestinal problems such as diarrhea and constipation, swelling and pains.

A mysterious disease, affecting millions of people and causing tens or hundreds of millions of dollars worth of losses. While there are trillions for wars and banks, there is nothing for people. A telling comment on today’s world in the year 2010.