USA: Medicine for Diabetes Responsible for More Than 83,000 Deaths 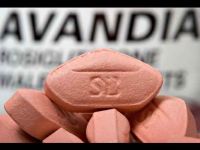 USA: Medicine for Diabetes Responsible for More Than 83,000 Deaths

Avandia, a drug often prescribed to patients with diabetes, may have caused millions of heart attacks around the world. This is the conclusion of a 334-page report submitted by the U.S. Senate on Saturday. According to the American authorities, the GlaxoSmith-Kline (GSK), pharmaceutical company that produces the drug, knew the risks to which patients were exposed, but always kept them hidden from the public. "GSK executives tried to intimidate independent researchers, using strategies to minimize or hide the findings that Avandia could increase cardiovascular risks and hid studies that were developing competing drugs with reduced risk," says the report.

"Americans have a right to know that there are serious health risks associated with Avandia and GlaxoSmithKline had a responsibility to tell them," said Democrat Max Baucus, U.S. Senator and chairman of the committee that conducted the study. "Patients rely on pharmaceutical companies for health and life, and GSK had abused that trust," he added. The report is also signed by Sen. Chuck Grasseley, leader of the Republicans on the committee that wants to withdraw the drug from the market.

The drugmaker denies all charges. "No study shows a statistically relevant correlation between Avandia and ischemic heart disease [disease that leads to narrowing of the coronary arteries] or myocardial infarction," stated the spokesman of the company, Nancy Pekarek, to CNN. "The Food and Drug Administration (FDA) has revised the information and concluded that the drug should be in the market."

Also the FDA has been criticized in the report for ignoring safety concerns related to Avandia. "There is strong evidence that rosiglitazone [Avandia's active ingredient] increases the risk of heart attack compared with pioglitazone [in a medicinal product competition]," two officials defended the FDA in October 2008. "If GSK had held the cardiovascular risks of Avandia in earnest when the issue was first raised in 1999, many deaths could have been avoided," concluded the report.

There is much about Avandia that raises concern: in 2007, "The New England Journal of Medicine" and "Journal of the American Medical Association” have questioned the safety of the drug. Estimates of scientists from the FDA in July of that year indicate that the drug for diabetes was related to 83,000 heart attacks. And the Senate goes further in the charges: "The FDA has been very comfortable with the drug and has been regularly handled by companies with economic interests to undervalue or not to investigate potential security risks."

In Europe, where Avandia is also for sale, the Committee for Proprietary Medicinal Products for Human Use of the European Medicines Agency ensures that it maintains a strict monitoring of rosiglitazone and it is not expected that the drug will be withdrawn.