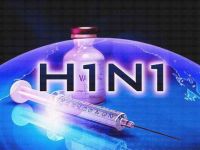 The flu, whether it is swine or not, is a serious viral disease. It can leave disabling sequelae and is potentially fatal. Current procedures are not known to be effective for treatment or prevention. There are no virucidal drugs available on the market, nor do any safe, efficient and cheap prophylactic measures exist. Previously healthy children who have influenza during the first year of life are at risk of developing serious illness such as cardiac arrhythmia, early neonatal death, sudden death, gastrointestinal bleeding and death.

The Influenza A virus infection is a significant cause of hospitalization for febrile seizures in children in China. Underlying chronic disease increases this risk further. Infection with influenza virus during pregnancy increases the risk of miscarriage with preterm contractions, fetal and neonatal distress and schizophrenia in the fetus in adulthood.

The flu is treated as if it were only a respiratory disease and in acute phase, but there is the chronic phase (no one speaks about it) and non-respiratory complications: dementia, epilepsy, cerebrovascular diseases, febrile seizures, toxic encephalopathy, encephalitis, meningitis, hemorrhagic leukoencephalitis, subarachnoid hemorrhage (below the meninges), lethargic encephalitis, psychosis, increased number of cases of Parkinson's disease, viral and bacterial pneumonia, acute myocardial infarction, rhabdomyolysis (muscle destruction), pulmonary thromboembolism.

Given this fact, influenza in the chronic phase may have far greater important social, economic and political impact during pandemics. Influenza viruses have been implicated as the central problem among viruses. The swine influenza virus H1N1 was presented to the world as a terrible killer, causing a devastating pandemic that has not happened. But blaming and turning H1N1 into a bloodthirsty killer caused panic and mass hysteria that yielded billions of dollars to drug companies (1), which would have amounted to a loss if the stocks of anti-influenza drugs, close to maturity, would have to have been trashed.

It is not recommended for children under 18 due to suicide among teenagers between 10-20 years, which led to the banning of this drug for use in this age group in Japan. It is said that the passage of influenza viruses from one species to another (without a profit to anyone), enhances the infectivity and lethality of the virus, as it comes naturally to pass the virus among poultry and pigs in China, recently in Mexico creating the H1N1. But when the virus is passed from humans or other animals to artificially fertilized eggs of birds in pharmaceutical laboratories for vaccine production and to meet the interests of capitalists, the virus is attenuated, even going from one species to another – these are the miracles of science !

Not even in the labs are there hunters with guns to shoot down the birds which when fledglings already carry the deadly viruses. Influenza vaccines are not harmless drugs. They also have serious side effects, especially after repeated vaccinations, such as fever, cardiotoxic effects - arrhythmia, acute pericarditis, bullous pemphigoid in children (the disease typically affects the elderly), acute thrombocytopenic purpura syndrome meningoencephalitis, Guillain-Barre syndrome, giant cell arteritis, rhinitis, sinusitis and allergic bronchitis and oculorespiratory syndrome.

Despite all these risks, the vaccine does not prevent the development of influenzaepidemics. The problem is not only the swine or other flu virus, but mainly the host response. Primarily, three factors are responsible for the severity of the disease: 1. The host immune response against the aggression of the virus with the production of cytokines, 2. The action of cell destruction of the virus, which hematogenous dissemination not only affects the respiratory system but also spreads to other organs as those of the cardiovascular, central nervous system, etc.

H1N1 can not penetrate the cells alone, there must be activated receptors on cell membranes. TNF-a and IL-6 at high levels activate these receptors in cell membranes. Nuclear proteins bind to the virus RNA of H1N1 and these proteins are regulated coordinately by IFN-g and TNF-a suggesting that these proteins contribute to the stability of the virus, constitutively and in response to cytokines. Remember that cancer cells are cells modified by high levels of cytokines, especially IFN-g and TNF-a.

In vaccines made with repeated passages of the virus in cultured cancer cells, viruses can strengthen further and the results of vaccination may be even more disastrous and devastating than they seem at first sight.

However, from the immune restorative practical technique the use of compounds in influenza, both made filing patent PBTUZ (Psidium sp-guava, strawberry guava, Bauhinia sp – cow paw, thalidomide, Uncaria sp - cat's claw, Zingiber sp - ginger) and BPUZ (Psidium sp, Bauhinia sp, Uncaria sp, Zingiber sp) is useful and intelligent flu treatment. They are viricide, antibiotics, analgesics, antipyretics, anticonvulsants, inotropic, modulate cytokines and reverse its consequences in all organs, not just the respiratory system, treating / preventing complications not only the acute phase but mainly the chronic phase of influenza, including the previously installed as DM, heart failure, RF, fatigue, pain, etc.. All these advantages of using BPTUZ and BPUZ, without toxicity, allows home care including complications such as septic shock, etc..

By modulating cytokines, without toxicity, it is possible to use the compounds BPTUZ and BPUZ in prevention of influenza in people without the disease. If the levels of cytokines are normalized or near that in this population, there is no expression of receptors on cell membranes and the virus cannot enter them. The doors are closed, there will be much less expression of anchoring proteins for the virus to bind within the DNA the hosts - the virus out of cells is easily destroyed.

It is smarter to close the door to viruses rather than leaving all the billions of cell doors opened and a few cells to fight the virus that has invaded them and are protect by host cells. You can still prevent corruption, the panic and collective hysteria, if the focus of treatment is turned to the host and the virus in fashion will no longer have importance.

Resident in Preventive and Social Medicine