The world financial crisis has affected the state of affairs on the black market of human organs. The list of traditional suppliers – India, China and Pakistan – has now been added with Moldavia and Ukraine, The Noviye Izvestia newspaper wrote. 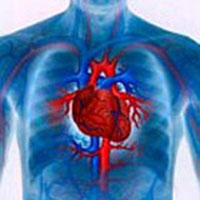 There is every reason to believe that Russia has been increasing its presence on the black market of human organs trafficking, the newspaper wrote. The number of classifieds on the internet continues to grow. A Russian kidney is available from 15,000 to 60,000 euros. A part of the liver costs 20-25,000 euros; the eye cornea – 3,500 euros. The bone marrow and the heart are the most expensive organs - from 30,000 to 220,000 euros respectively.

“I was forced to sell my kidney in June. I was fed up with debt collectors. There is no way I could get help from the state. The surgery went ok, I was resting for four days after the operation. The surgeon, who performed the operation, gave me the money,” a man who introduced himself only as Andrei, told the newspaper.

Andrei is a typical human organ donor of modern times. Italy’s La Reppublica has recently carried an article about the growing sales of human organs. Middle class people sell their organs to pay mortgage. Kidneys and livers from Moldavia, Estonia, Bulgaria and Russia have already become hits of the season.

In Russia, it is only a relative that can be a donor to a patient in need of organ transplantation. The relation of the donor (only full-aged individuals) has to be proved genetically.

Experts say that there are no stable shipments of human organs from Russia, particularly from the Moscow region.

“There are prerequisites for the black market of human organs to appear in Russia. First and foremost, both medics and donors want to make good money, and there are people who are ready to pay for their services. However, a human organ is not a narcotic. It requires special attention and special conditions during storage and transportation. There can be incidents when human organs are transported from Russia to foreign countries, but a stable system of such shipments is a fantasy,” Sergey Kolesnikov, a senior official with the Healthcare Committee of the Russian State Duma said.

An experienced ER doctor said on conditions of anonymity that her 16-year-old daughter had had her kidneys deteriorated as a result of a serious disease several years ago.

“She’s been living on hemodialysis for several years now. She is also in the line as a recipient of a donor kidney in Russia and Switzerland, but they just don’t seem to find the right kidney. The black market of human organs is absurd. I know everything about kidneys and the organ transplantation. If there were such an opportunity – to order a kidney – I would know that for sure,” the woman said.

In the meantime, many Muscovites are ready to bid farewell to both their physical appearance and health to earn good money over a short period of time. Muscovites sell their hair, sperm, breast milk and egg cells, The Moskovsky Komsomolets newspaper wrote.

A hundred grams of long hair – 30-40 cm – can be sold for up to 3,000 rubles ($100) depending on the generosity of the buyer and the state of hair. The hair will then be used for making natural hair extensions and wigs.

Sperm donors can earn up to 1,500 rubles ($50) per portion in Moscow. The selection of sperm donor candidates is very strict, though. A potential sperm donor must be not younger than 20 and not older than 40 years of age. He is supposed to be absolutely healthy - physically and genetically. Finally, a man will have to take plenty of tests before he can become a sperm donor.

As for donating egg cells, this option may seem attractive to women under 30 who have at least one healthy child. If all analyses are good, a woman can make up to 35,000 rubles ($1,100) during one visit.

Surrogate mothers can make from 450,000 to 750,000, but there is strict competition between women. A woman is supposed to be not younger than 20 and not older than 35. She must be a mother to at least one healthy child; she must not drink alcohol and smoke tobacco. If necessary, she must abstain from sexual life for the time of surrogacy or live separately from her family for two or three months before labor.