The human internal organs, which have long time been considered unnecessary because of their inaction, have appeared vital for survival in extreme conditions. 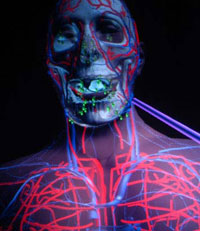 Teachers still explain at schools that vestigial organs are body structures considered to have been useful in ancestral species but are slowly being phased out in modern animals. Examples of vestigial organs in humans usually include the appendix, the coccyx (tail bone), tonsils and the spleen.

Researchers have recently found that they underestimated the role of the rudimentary organs. Actually, such organs can play a very important role in people’s survival under extreme conditions, in an unusual living environment, or during a serious illness.

“In our new study, we have found that spleen might have a critical role to play in healing damaged hearts,” Jeffrey Laitman , director of anatomy and functional morphology at New York City's Mount Sinai School of Medicine reported.

It is the spleen that helps to cope with infections, creating filters for unhealthy blood corpuscles.

Besides, the new study in mice discovered that the spleen stores monocytes - white blood cells essential for immune defence, The Times of India wrote. Scientists previously believed that monocytes were produced only in the bone marrow along with other kinds of white blood cells, and were stored in the blood stream.

“The spleen is the source of 40 to 50 percent of the monocytes involved in the health recovery after a heart attack,” another researcher, Filip Swirski, of Massachusetts General Hospital's Center for Systems Biology in Boston said.

The appendix, a strange worm-like organ, also proves to be useful.

“The organ is actually a storehouse of beneficial bacteria that help us digest food,” Bill Parker, assistant professor of surgery at Duke University Medical Center said.

The researchers suppose that the organ is apparently vital for repopulating intestines with helpful bacteria after an illness.

For the moment being the scientists try to establish the utility of other “useless” organs, such as the coccyx, the body hair coat and ear muscles.