Decaffeinated coffee may cause cancer?

Ethiopians were the first to cultivate coffee trees. They were also the first nation to notice the bracing effect of the coffee beans. But the idea of “a cup of coffee” was unfamiliar to them. They did not drink, but ate coffee at those times. They fried coffee beans in boiling fat and served them as an appetizer. 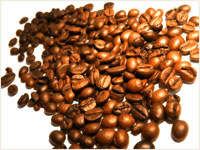 Decaffeinated coffee may cause cancer?

Thanks to Arabs we now have coffee in Europe – it was them who began to export coffee there. Europeans liked the beverage. However, coffee as a drink has been drawing criticism since then. There were times when the church ranked coffee drinking as a mortal sin. Nevertheless, contemporary scientists do not consider coffee to be quite safe. But now the majority of scientists agree that the main thing for every fan of this hot drink is to stay within limits, and then coffee will be of no harm healthwise.

Long ago people knew that caffeine stimulates the activity of the central nervous system, increases the capacity for work and improves cerebration. One or two cups of coffee are enough to concentrate and get ready for work. But coffee has a downside if you drink it on an empty stomach, American scientists say.

Coffee is also a good euphoriant. Thanks to serotonin (mood enhancer) coffee acts as antidepressant. One cup of coffee a day is enough to halve the risk of depression. Probably, it is connected with the fact that coffee boosts sexual activity. Historians claim that in the 16th century coffee helped elderly Constantinopolitan sultan Suleiman restore the lost interest in his harem. Happy sultan ordered to import coffee in plenty. Contemporary scientists agree that caffeine improves sexual potency of men and extends sexual activity of women over 50.

Coffee can be dangerous to bones, it makes them more fragile. Caffeine washes calcium out of the body and blocks its digestion. About 40g of calcium can recompense one cup of coffee. So, coffee drinkers should eat more dairy products, fish and leafy vegetables.

Pregnant women should avoid coffee to decrease a possibility of miscarriage and growth impairment of the fetus. But that does not mean that caffeine should be completely excluded – one cup a day is not injurious at all.

Of course, insomniacs should not fall on the coffee. Do not drink coffee at least six hours before going to bed if you want to sleep sound.

Many people believe that coffee beans contain much more caffeine than instant coffee granules. In truth the difference is not so big. One average cup of non-instant coffee contains about 80mg of caffeine, whereas a cup of instant coffee – 60mg. To reduce the content of caffeine you should pour some ground coffee with boiling water, bring to the boil and fill the cups with it at once. This method keeps the flavor, and, at the same time, the beverage contains less caffeine.

However, one should not necessarily resort to such tricks. It is quite easy today to find decaffeinated coffee. But some people are prejudiced against this drink. They think that such coffee contains harmful substances. Earlier, methylene chloride, used in the 1980s to retrieve caffeine from coffee, caused concern. Some experts thought that it partially causes cancer, that is why it is not used nowadays.

At present the majority of coffee producers retrieve caffeine with the help of liquid carbon dioxide or steam. This technology entails no harmful substances. So, decaffeinated coffee drinkers can enjoy their favorite beverage without any apprehensions.