Major cable television network CNN is not going to renew the contract with another media giant - Reuters Group PLC. Cable News Network, known worldwide by its acronym CNN, plans to develop news resources of its own instead. 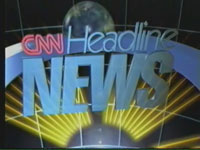 In an internal memo to employees on Wednesday, CNN International's Managing Director Tony Maddox said CNN is "making significant investments in our own newsgathering" in a move to help "manage the continually rising costs associated with acquired assets."

The company's current contract with Reuters expires Friday. CNN did not disclose the cost of the contract or the amount it plans to spend on its own news division.

A Reuters spokesman did not immediately return calls seeking comment. Last month, Reuters reported a sharp increase in first-half profits on the back of higher prices for its financial data services.

In May, the London-based company agreed to be bought by financial news and data provider Thomson Corp. in a deal then valued at around $17.96 billion (EUR 13.2 billion).

"We need to own more of our own content because of our growing online brands and television services," said CNN International spokesman Nigel Pritchard.

CNN, a unit of Time Warner Inc., currently has content deals with The Associated Press and AP Television News, among other news agencies.

"To advantage CNN in the content marketplace and manage the continually rising costs associated with acquired assets, we are making significant investments in our own news gathering while simultaneously reducing our reliance on agency material," Tony Maddox, executive vice president of CNN International, said in a memo obtained by Reuters. "This is all about us, not Reuters. This is about content ownership," CNN spokesman Nigel Pritchard told Reuters. "Everything is changing and content ownership is king."